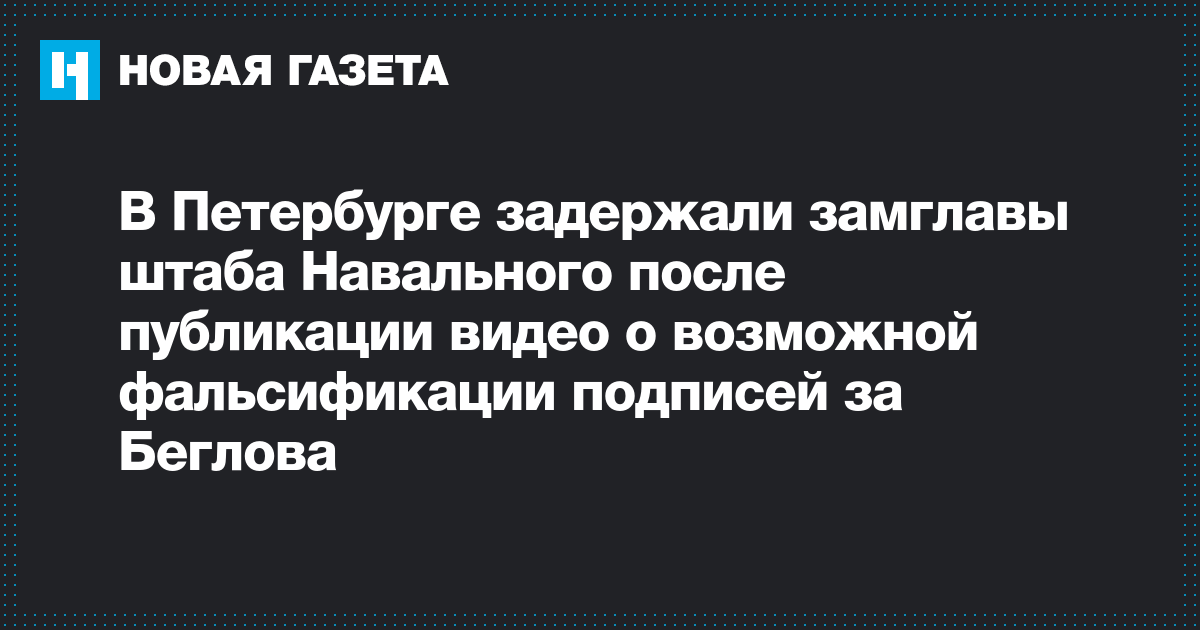 Later, the project manager of the Anti-Corruption Fund, Leonid Volkov, told the publication that Gusev was detained in a criminal case on privacy violation (Article 137 of the Criminal Code). He clarified that she was being taken to the police station on Vasilyevsky Island.

Gusev is one of the authors of the video, which allegedly shows forged signatures in support of current St. Petersburg chief Alexander Beglov in the upcoming gubernatorial elections. Police announced the verification after the publication of the video, was initiated by Beglov himself.