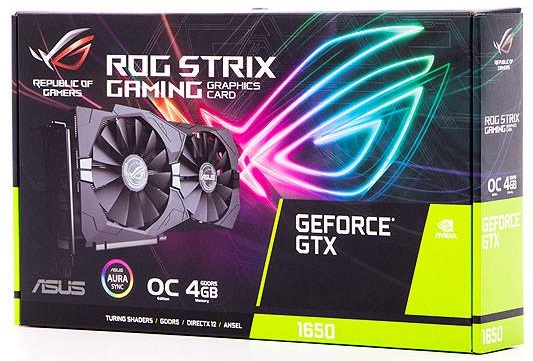 At the disposal of the network sources were data on the features of the GeForce GTX 1650 video card, which Nvidia plans to launch next week. It's fair to say that many of these parameters are already known to fans of "iron", but now it is possible to recreate the full image. The GeForce GTX 1650 is based on the Nvidia TU117 12nm graphics processor in a configuration with 896 CUDA cores in the Turing architecture, 56 texture mapping units (TMU) and 32 ROPs. The operating frequencies of the GPU, judging by the recent leaks, will be around 1665-1725 MHz.

The video card received 4 GB of memory with a 128-bit bus and an effective speed of 8 GHz, which offers a bandwidth of 128 GB / s. The nominal power consumption of the novelty is less than 75 W, so it lacks an additional power connector. The recommended price of the adapter is not yet called.

In addition, significant differences in the features of GeForce GTX 1660 (CUDA 1408 cores, 6 GB GDDR5 cores) and GeForce GTX 1650 indirectly indicate Nvidia's intention to launch the GeForce GTX 1650 Ti model, which will bridge the gap between these 3D accelerators.