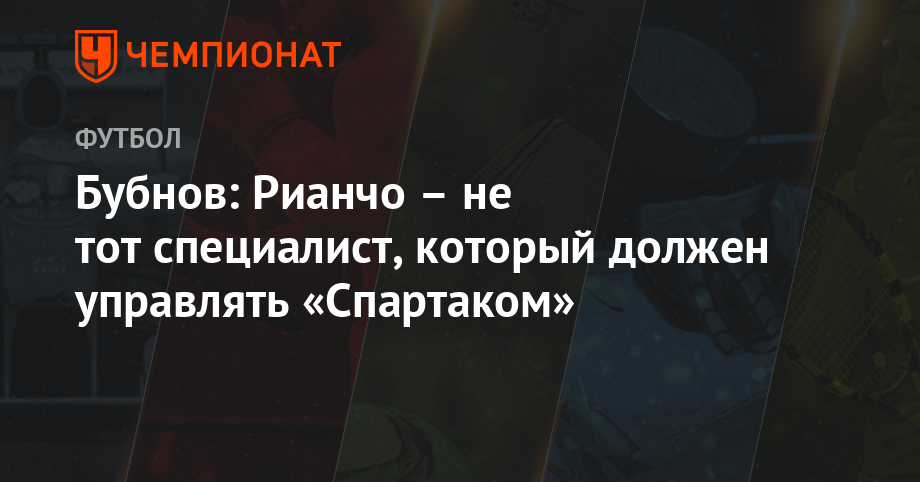 Bubnov: Riancho is not the expert who should manage Spartak

Former player "Spartacus" Alexander Bubnov After a home defeat in the 13th round of the Russian Premier League with the "Ural" (1: 2) he shared his opinion on the situation in the capital club.

"I agree that the game of red and white exploded the lack of hope. It is obvious that the processes that occur in the club are reflected in the game, composition and atmosphere in the locker room. "Spartak" now does not look as cohesive and balanced as it has recently. All this somehow rests against the figure of the coach, and until the leadership decides on it, the situation will be so uncertain.

In my opinion, Raul Riancho is not the expert that should manage Spartak. The team needs a more reputable coach who is able to restore order and build a balanced game. Soccer players should feel and understand what they should do on the pitch, but that is not the case.

In addition, "Spartacus" is not enough leaders, what not so long ago was Denis Glushakov. But after his conflict with Massimo Carrera, there are no more players who could lead their partners. With the same "Ural", no doubt Fernando and Zé Luis, who are also capable of assuming the burden of leadership, would be useful for the reds and whites, "observed Bubnov.

The defeat of the "Ural" extended the series of "Spartacus" without gaining RPL for three matches (one tie, two defeats). The team is in sixth place in the Russian Premier League standings, winning 19 points.

Reinhold: "Spartak" will not soon move away from the consequences of Fedun's actions