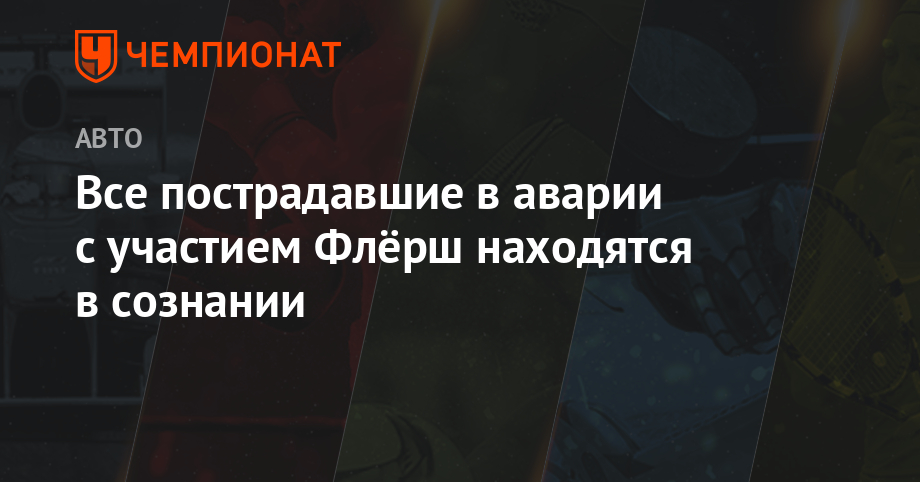 All the injured in an accident involving Flörs are aware

Today, November 18, the Macau Grand Prix took place. It was marked by a serious accident that occurred in the entrance of the third curve of the track. German riders Sophia Florsh crashed into a Sho Tsuboya car, after which his car flew at full speed over the fence. As a result, in addition to Florsch and Tsuboya, a race marshal and two photographers were also injured.

At the moment, it is known that they are all aware. Prema's team on their Twitter page posted a photo of the FIA ​​statement stating that all participants in the incident are in hospital and receive the necessary treatment.

"Tweet" with the corresponding photo can be seen on the official website of the Prema. social network.