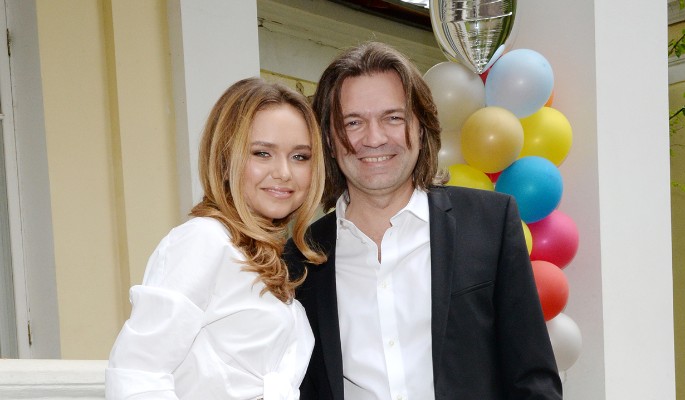 The daughter of composer Dmitry Malikov often becomes the subject of criticism from users. Many subscribers blame the girl for trying to appear older than her age.

Recently, the musician's heir went to Paris. In Instagram, the girl posted three photos, which are captured on the balcony against the Eiffel Tower.

Stefania Malikova is posing in a white blouse and a gray striped jacket. She decided to add a strict image with small heart-shaped earrings. "I'm sending kisses, I'm so happy!" – shared the composer's daughter.

While some subscribers filled her with compliments, others said the girl seems to be over 19 years old. "Like at 18 look at the 39," "She already looks like a woman," "You do not give 20, she looks at 30. Horror," "Terrible," they wrote.

According to users, Stefaniya Malikova was fascinated by cosmetic procedures and is no longer like herself. "Sorry, but the girls your age do not look like that." "What's with the upper lip?" "Lips, cheeks – whips? – were interested in commentators.

Earlier, cosmetologist Madina Bairamukova carefully studied the pictures of Dmitry Malikov's daughter and came to the conclusion that the girl turned to specialists to augment her lips. Despite this, the expert noted that such interventions only emphasize their beauty, reports StarHit. Stephanie herself denies all the rumors about the help of cosmetologists.