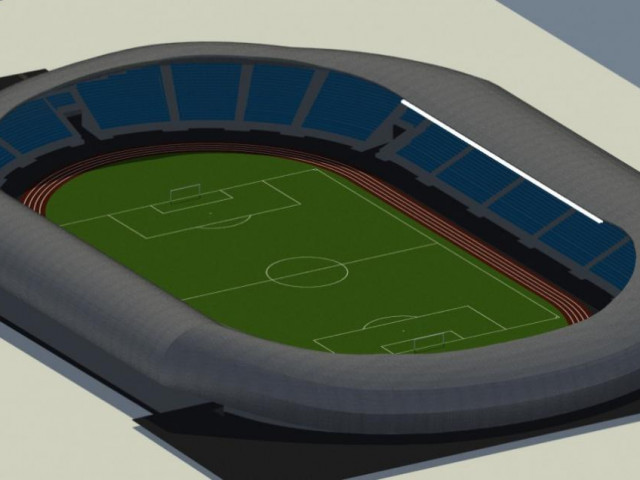 FC Hermannstadt will play for the first time since he promoted in League 1 a "home" match in Sibiu. The newly renovated stadium for almost a year has received the necessary accreditation and the team prepared by Vasile Miriuţă will play the match with Concordia Chiajna, from the ninth stage of the play-out in Sibiu.

FC Hermannstadt was able to take the "Municipal" stadium of Sibiu to the standards required for the organization of the League One games and asked the LPF to change the party dispute with Concordia Chiajna from Pitesti to Sibiu and the League approved the move after the inspected arena.

FC Hermannstadt played most of the games at home in Tg Mures, at the end of 2018 the team evolved in Cluj, and this year Sibiu organized the "home" parties in Pitesti.

30 years ago, the stadium hosted the match Romania – Italy 1-0

Sibiu Municipal Stadium should be ready by the autumn of 2018. At the moment, only the main platform and the pitch are ready. When it is ready, the Sibenik Arena will have a capacity of 19,000 seats and will cost 17 million euros, but work is delayed.

The last modernization of the stadium in Sibiu was 30 years ago and was inaugurated on March 29, 1989, on the occasion of the friendly Romania – Italy, 1-0, goal scored by Sabău (). 25.000 spectators watched the game. The Romanian team included, among others, Silviu Lung, Dan Petrescu, Stefan Iovan, Gheorghe Hagi or Marius Lăcătuş, and the Italians Walter Zenga, Giuseppe Bergomi, Franco Baresi, Roberto Donadoni, Paolo Maldini and Roberto Baggio.

What is the stadium in Sibiu now:

Your cookie settings do not allow you to view the contents of this section. You can update coookie settings directly from your browser or from here – you need to accept social media cookies

FC Hermannstadt – Concordia Chiajna is scheduled for Saturday at 15:30 and can be tracked on Digi Sport 1, but also on digisport.ro for RCS-RDS subscribers.