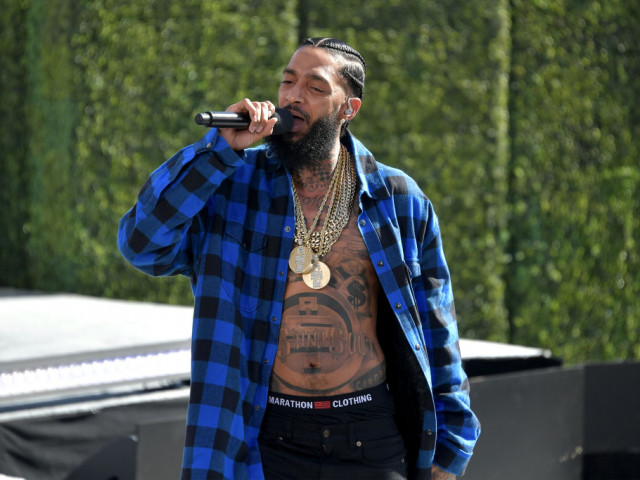 
Nineteen people were injured Monday night at a memorial service at a funeral ceremony in Los Angeles for rapper Nipsey Hussle, who was shot dead Sunday in front of his shop in the southern part of the city, AFP said on Tuesday.

Several hundred people gathered to pay tribute to the rapper near where he was shot by a man still wanted by the police. For unknown reasons, a bushel occurred around 20:00 (03:00 GMT). Los Angeles police (LAPD) has denied rumors that shots or explosions may have caused banging.

Los Angeles Firefighters announced in a statement that they had transported 19 people to the hospital, two of them in critical condition and two others seriously injured. The rest suffered easier injuries.

According to the source cited, most people were injured because of the robbery and no "did not show wounds produced by a firearm."

A police spokesman said some people may have been injured by a white weapon.

Many policemen were sent to the scene to restore calm and disperse the crowd.

Rapper Nipsey Hussle, 33, was shot dead Sunday in front of his Los Angeles clothing store by a man who ran away from a car.

Two other people were injured in the attack. According to local media, the assailant was identified by the police and is being prosecuted.