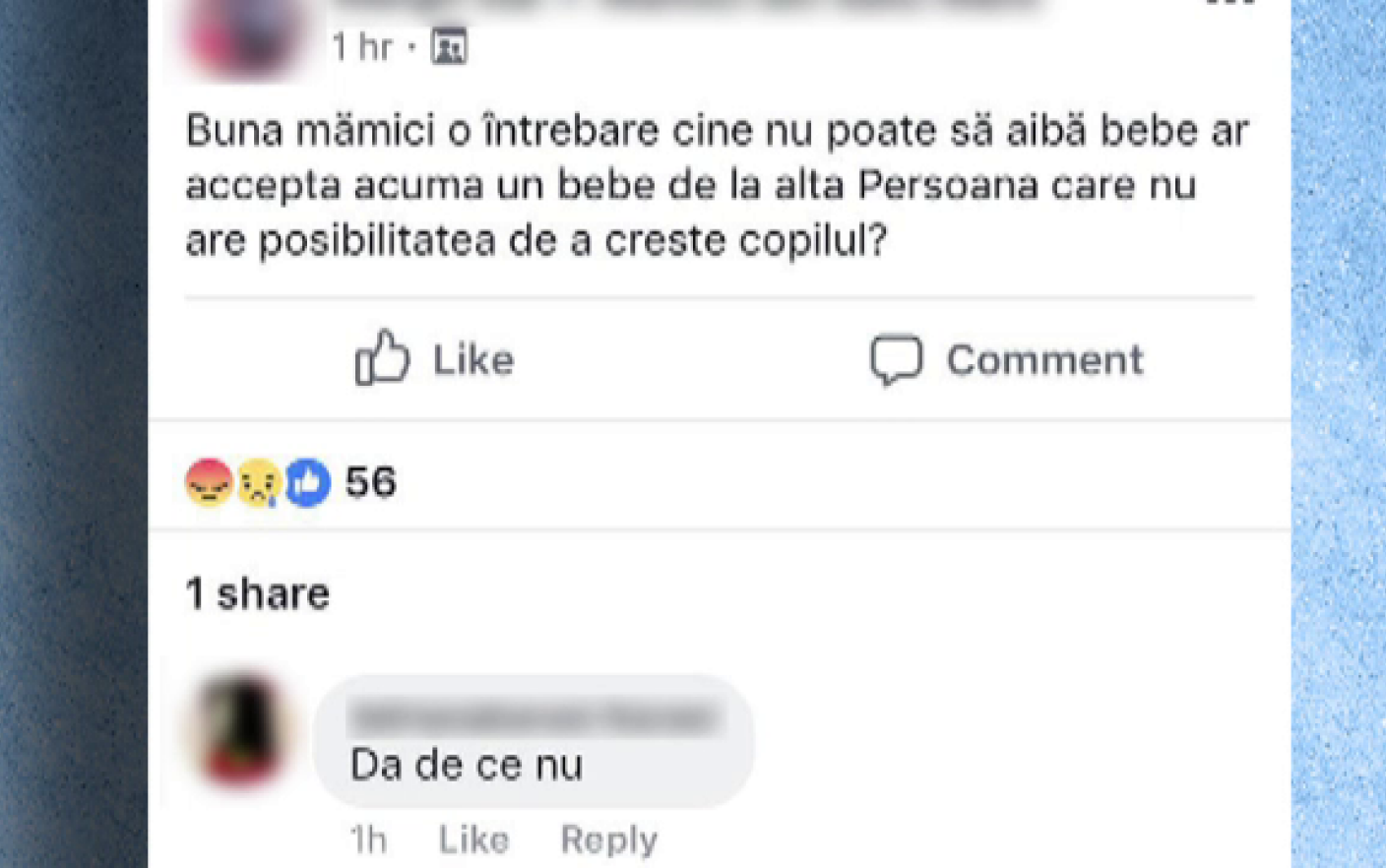 A pregnant woman in Satu Mare provoked a wave of rebellion and is in the attention of the authorities after she understood on the Internet that she wants to give the baby after she was born. Took a price. She would be happy for 10 thousand euros for the baby.

She also launched the idea of ​​$ 10,000 for a baby. The ad was posted on Facebook in a group of mothers. The 31-year-old man, who still has three more children at home, has launched an appeal in the virtual environment to talk about the opportunity to give the other family, for money, the fourth child she expects.

She motivated his shocking gesture by being overwhelmed with debts to the banks. After being guilty of dozens of women, she withdrew her ad and said it was a mistake of expression and that she really wanted to give her son to adopt a family to take care of him. Child Protection was self-investigated and has now opened an investigation.

Two days ago, the 31-year-old woman living with her father-in-law and her husband posted a shocking message on a group of mothers. It is understood that she is willing to offer her unborn child to a family to take care of him after he is born. But soon, she came back, and in another message, this time in Hungarian, she also said that she would want 10,000 euros for this.

Mihaela Bonea, Head of Abuse Service DGASPC Satu Mare: "The Department of Child Protection, the Abuse section, has indicated itself in this case, so far we have launched a social investigation in progress, you entered into a counseling program for both the husband and the husband.And at the end of the investigation, Let's give details. It was not the DGASPC. "

The authorities went home to the woman to talk to her. From this horror he listened to the neighbors, who put everything at the cost of a depression.

neighbor: "Poor man who knows what depression he received and wrote there.The world speaks and does not know what he is talking about.And she is a serious woman, she comes to the church with three children, a good woman."

The young mother, they all say, takes good care of the three children of 2, 6 and 9 years of age. Some condemned her gesture.

local: "I do not give him, that a core of bread I still have and I will not give anyone until she dies." 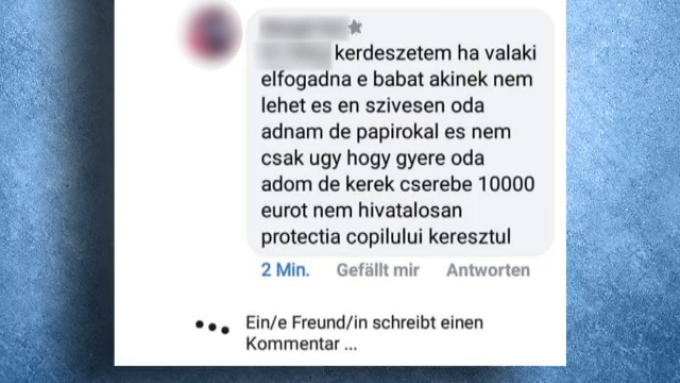 And the city hall has started an investigation and the social workers will check if the story of the woman in the online environment would have a bit of truth.

Zenoviu Bontea, mayor of Păuleşti: "We were self-imposed.Welfare department was in place and is social investigation in progress.Today, parents were called to counselors and legal actions were taken in this case.My mother said it was a misunderstanding. It is not a family that has special social problems. "

Police officers also learned of the case, but only after the Child Protection Board's investigation has been finalized will a decision be made.