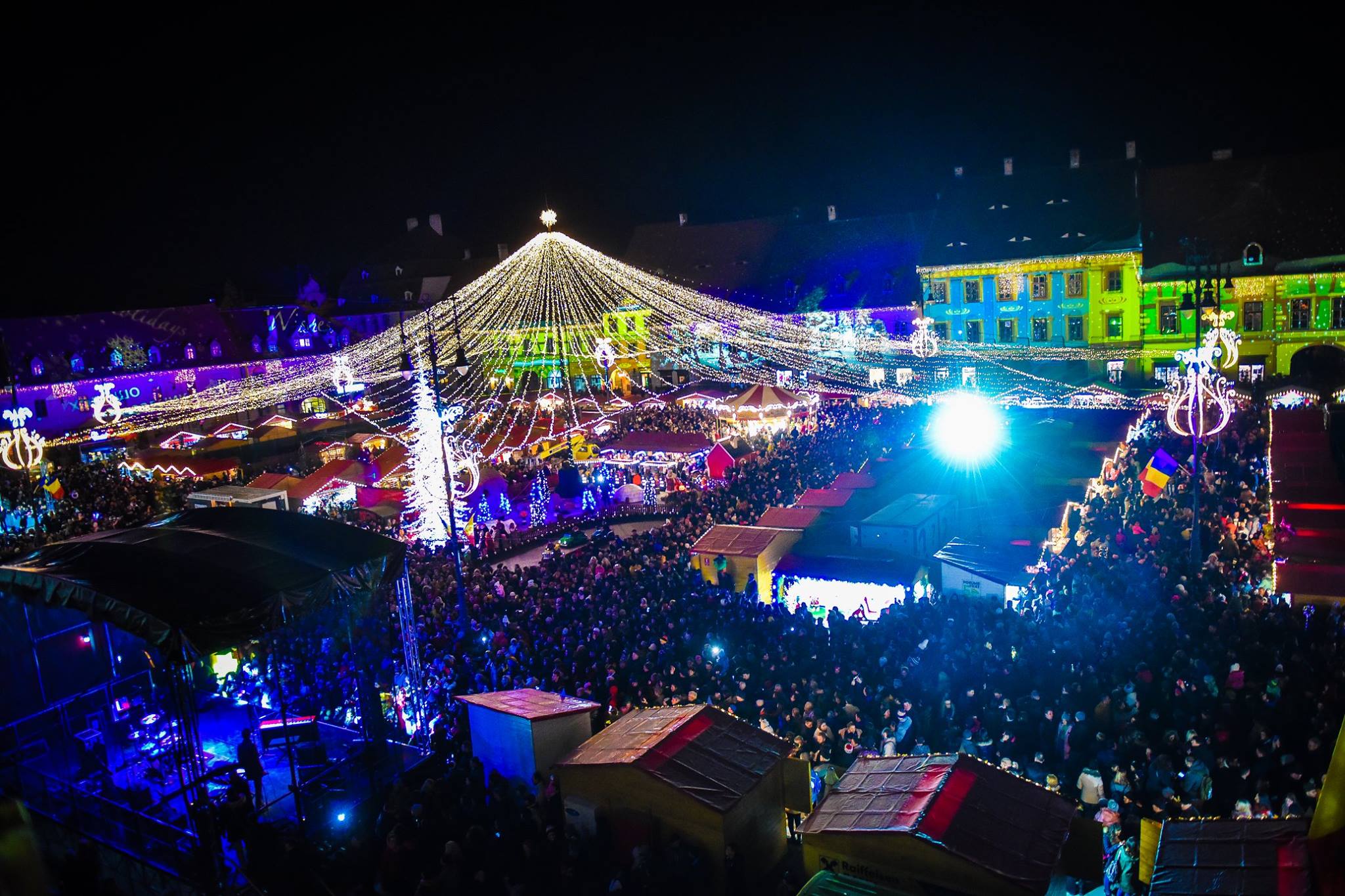 The inauguration had about 10,000 people and the surprises prepared by the organizers on this occasion were the most impressive.

The boxes on the market were positioned so that they could be 100, but in the Centennial. Also in the buildings of the market were projected images with the winter of fairy tale, with snow and decorated trees. In one part of the fair there was an ice rink.

Andrei Dragan, the organizer of the Sibiu Christmas Fair, said that this year's edition is special and will mark that Romania will hold the EU presidency of the EC, so that part of the walls of the buildings in Piaţa Mare are designed to celebrate happy holidays. in most languages ​​of the world.

"We have an ice rink, first of all.It's new, even if I had a skating rink and 4-5 years ago.We brought it back and we're glad we did it.Many people asked us and we believe it's an element very suitable.It is a modern skating rink, beautiful and minimalistic, you can get closer to a few centimeters.In the past, it was a much more complicated construction, it may seem a little inappropriate for a city center, "Dragan said.

The organizers also organized a tourist train that passes by the Cetatea Strada, then the pedestrian Nicolae Balcescu and returns to the Great Square.

This year's edition of the Christmas Market will end on January 3, 2019.

See also: Paradox Metrorex | While the union demands a 42% increase, the company asks for loans and promises trains to pay for Drumul Taberei's works.