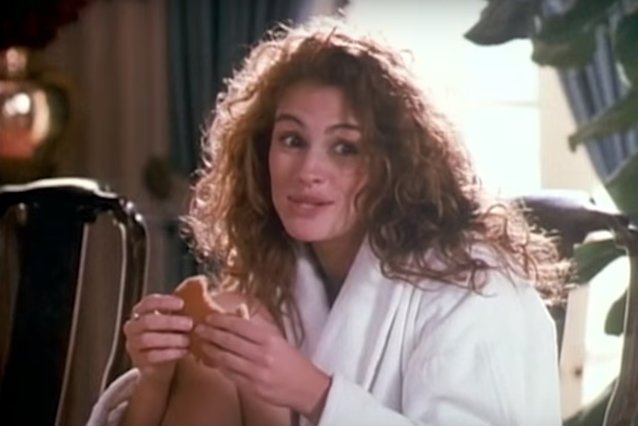 Julia Robert, who plays Vivian Ward in the famous Pretty Woman, revealed that the film should not be a romantic comedy with such an ending, but a totally different drama.

The actress confessed that, in the original scenario, Vivian tragically ended, thrown in "a dirty alley."

Julia Roberts, 51, revealed that the film should be "a dark and courageous drama about prostitution."

It seems that in the initial version the fate of the Vivian prostitute is totally different, ending up being expelled of a car in a dirty alley and the millionaire throws money in him.

Originally, the title of the film was "3,000" and featured a cruel story about the life of a prostitute.

The actress confessed that she agreed to play in the original version of the film, but was acquired by Disney and was rewritten.

At first, Disney did not want Julia Roberts to be part of the new project, but she considered it "the most common" they could do to give her the chance to appear as a leader.

The actress made the revelations at the show Actors by Actor, produced by Variety.