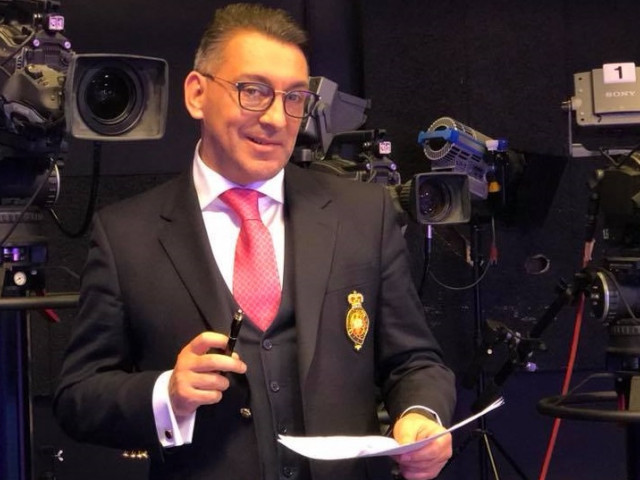 Transfer from Razvan Marin to Ajax, for 12 million euros, made many comments in Romanian football. Of course the question is whether, in the future, a football player from League 1 can take that step directly to a high-end team. Dan Petrescu, the coach of the CFR Cluj, said at a news conference that there are currently three such players in the national championship, but he declined to give details to not play.

Instead Ilie Dumitrescu, specialist in Digi Sport, went straight and named 5 players. "I told Ianis (n.-Ianis Hagi), Drăguş, Coman, Moruţan and Man! Five players! They are good, but I have a problem with everyone in terms of physical strength. Here's the only shortcoming these guys have. Except for Ianis, who completely changed Fiorentina.

I mean, I can not forget how Ianis was at the airport when he left, and how he looked when he came back. I thought he was someone else ", said Ilie Dumitrescu, in "Digi Sport Special".

The former great football player explained why he named the five, but also why he thinks they can follow the path of Răzvan Marin.

"I'm referring to these five players that they have the potential to get into big teams and be sold." But what am I talking about? I mean letting, dribbling, quality, playing intelligence, is exactly the prototype of players that are now searching ", Ilie Dumitrescu added, in Digi Sport.

Thus, Ilie Dumitrescu was divided between his team of souls, FCSB, and the team of his friend Gică Hagi, Viitorul.

and Dumitru Dragomir, the former president of the Professional Football League but an influential and now also in Romanian football, said that Man can go out for a lot of money, especially because he was monitored at FCSB-Craiova 3-2 by Pini Zahavi, a famous agent of footballers . "Giovani did not tell me who the impetus came from, but I've known it ever since.
They came to the man, he is the target! ", said Pro X, Dragomir.

The nickname "Corleone" continued: "I'm watching Man two or three games If he plays like he did on Sunday, he leaves with 20,000,000 euros! In England or Italy! Of both championships there is interest", added Dumitru Dragomir.