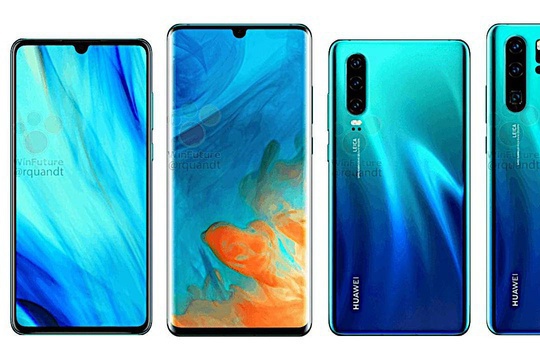 Unfortunately, events of this nature have lately become a mere formality, since the details appear online from unofficial sources long before the moment of disclosure. Now we have "almost" complete details about the P30 and the P30 Pro, at least at the hardware level.

The P30 will be the basics, which will likely be picked by most people interested in the new Huawei devices. It will be available for a lower price, but the phone itself will be slightly different from the professional model. First, the P30 will benefit from a full-HD OLED flat panel display. It is smaller, diagonally 6.1 "and benefits from an audio jack, in addition to its bigger" brother. "This model will also be available in a configuration with 6 GB of RAM and 128 GB of storage.

The battery will offer a capacity of 3,650 mAh, significantly higher than the one offered by the competition in the market.

In the case of the P30 Pro, Huawei has no reservations. The company integrates exactly what we expected from one of the largest hardware phone manufacturers right now, focusing on the photo component. The P30 Pro screen is a 6.47 "diagonal bent OLED, but also offers Full HD + resolution, not QHD +. The hardware configuration starts with 8GB of RAM and 128GB of storage, but also features 256 or 512 GB.

But the camera is brand new and should deliver superior performance on the P30 and Huawei devices last year. We are talking about a f / 1.6 OIS (f / 1.6 OIS), an ultra-thin 20 megapixel f / 2.2 camera and finally an 8x f / 3.4 8.8-megapixel camera that can magnify subject magnification by up to 10x using the hybrid zoom. Last but not least, this may be the first Huawei phone with a four-chamber camera, the latter being a ToF sensor, to calculate the distance.