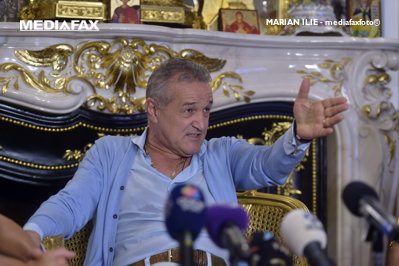 Gigi Becali (60) announced on Sunday night that he will not transfer a central defender even on the winter break, considering he has enough players to cover the position. Immediately after the match with Astra, the FCSB financier expressed his worrying thought, mocked his rivals for Dynamo and announced that Teixeira – Nedelcu would be the central midfielder in the Grand Derby.

"Filip is a central defender, he, Bălaşa." Today, Filip also made a mistake, and he is the poor … He is usually a left defender, but today he played the right defender. and Filip and Momcilovic, why should I take center back? ", Becali announced at Digi Sport, despite Filip's gaff, at the end of the Astra game.

With teams around the tight FCSB near their maximum level, Becali is afraid of losing more and more difficult spots: It's a problem, all the teams from the front, CFR, Craiova, at Viitorul did not see him but they passed, they got into the rhythm. I do not have Morais and Roman, so yes, Planic and Stan come back, but I do not think they're going to get more. We have midfielders, let's play with today, we do not have anyone! ", said Becali, who did not lose the opportunity to mock Rednic: "Dinamo says he's a world champion when he plays with us.I'll talk to Luţu 1, Luţu 2 to consult me, maybe even to hire a coach there.When I told you there's no way you can not believe.Now it's impossible, so I say! "