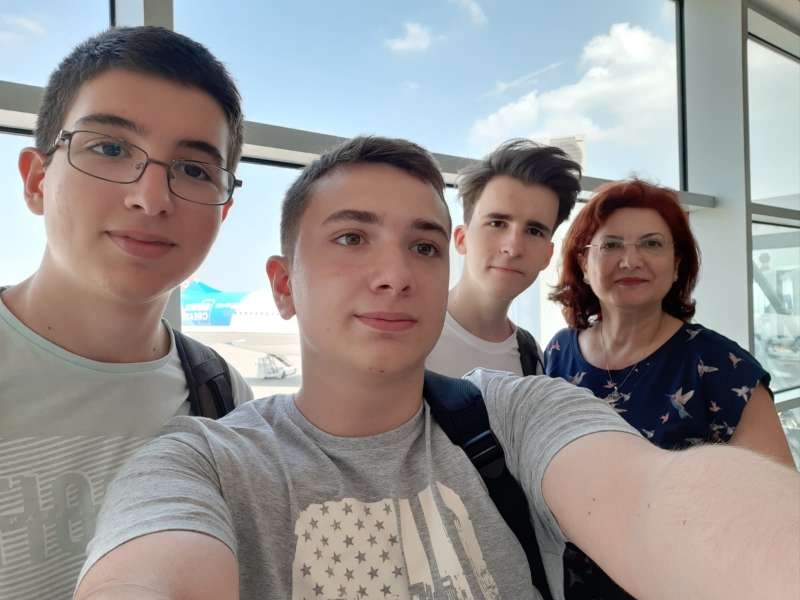 Three high school students from the "Octavian Goga" National College in Sibiu were awarded a gold medal and a silver medal in two sections of the Genius Olympics, a competition organized by Oswego State University of New York, said on Friday evening AGERPRES , one of the participating students, Daniel Marpozan.

Romanian students impressed the US with a firefighter robot they created, with whom they won the gold medal and won the Robotics competition.

See also: Today begins the Feast of Saints Peter and Paul. What you need to be careful over the next seven days

"In Robotic, I won a gold medal and in Science Innovation I won a silver medal," said Daniel Marpozan.

The three Siberian students presented their own inventions in the US, a robot and intelligent energy-saving system.

High school students were able to create a firefighter robot to save people from a fire without endangering the life of rescuers. Practically, the robot created by the three young people in Sibiu is provided with a prolonged arm that can remove people affected by a fire without the firemen facing the flames.

"Our goal is to bring to light the creativity, intelligence and team spirit and, finally, to make our observation both as a team and as a nation. Participation in this event is an opportunity to learn about new technologies and the presence of our team in competition could significantly contribute to the local development of technological equipment, bringing information to this sphere of both organizers and participants, "the three high school students presenting their project.

For the Science-Innovation section, the herotech team has introduced a smart energy-saving system that controls the lights of a home through a sensor network. All three have created an intelligent infrared barrier system that automatically controls the lights of a home and monitors the number of people in the room. This project was awarded in Romania by an energy company.

If in the competition in the country the three high school students presented the project and the model, the US presented the module that is mounted on the door and the application for the mobile. In the United States, they demonstrated how two door-mounted devices can count how many people are in a room and can provide light while sitting indoors, all without pressing a switch.

The Siberian team was helped to reach the US competition by sponsors.