SENSITIVE VIDEO How did the French national selector react when asked if he knows "Mbappe of România"? 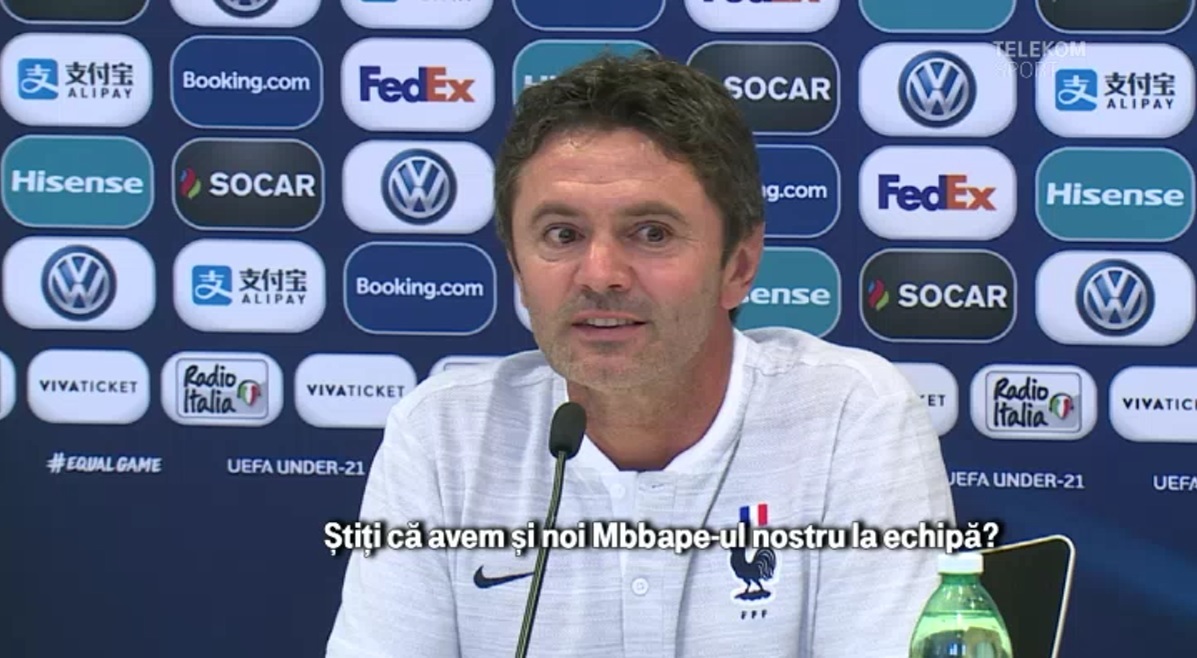 French national captain Sylvain Ripoll did not know Florinel Coman was compared to Kylian Mbappe in Romania, but stressed that the FCSB striker has qualities.

"Do you know we have our Mbbape on the team? He scored two goals against England", Ripoll asked, at the pre-match conference Romania – France.

"Yes, this is a small testament to the talent and quality of this Romanian team when we see that the kid entered the game along the way and made his impact because it was the second half but he also got the penalty, Confirmation of what I told you, staff is strong ", said Sylvain Ripoll.

Captain Lucas Tousart, captain of the Gallic cockroach, did not know the nickname of Florinel Coman: "It's the first time I've discovered it, I did not know", responded the Olympique Lyon midfielder Lucas Tousart when asked about the FCSB striker's nickname.

The match between Romania and France is scheduled for Monday at 22:00 in Cesena. In the event of a draw, both teams will be present in the semifinals of the final of Italy and San Marino.