Reduction of wages and employees. Teodorovici: I would like to give a clearer answer 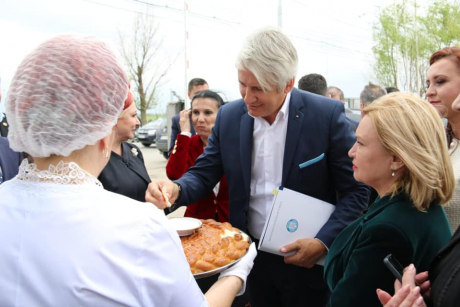 In the public space, the information appeared that the Ministry of Finance had sent a circular asking the state institutions to reduce personnel costs. Eugen Teodorovich reacted on this subject.

"I would like to give an answer especially to those who are trying to insinuate or those who want to get more money from the state. I think every family, every man, is trying to set his expenses in a normal logic. Even if you have money and you can make your spending more efficient then you have to do it. What the Ministry of Finance does, I said clearly that some limits are set by the end of the year. Every ministry, any public agency, has to do an analysis, and if they are these taxpayers to adapt them accordingly. That does not mean that this request has been made because there are no resources until the end of the year, "Teodorovici told a reporters meeting on Monday afternoon after meeting with industry mayors.

"By the end of the year there is money for what we are committed to do, both in investments and other expenses related to the future of Romanians, pensions or salaries, but I repeat, however, whether a public expenditure can be adjusted to a logically, Why not? There will be no staff reduction. There is no such thing! I do not know where you got it!"Orlando Teodorovici said.

USR Senator Vlad Alexandrescu has published on his Facebook page a document whereby Finance Minister Eugen Teodorovici has expressly called for "reduction of the number of employees and / or reduction of the amount of wages" to all public institutions in the country.