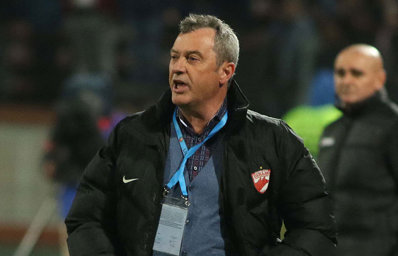 Mihai Răduţ (29) has reached an agreement with Dinamo and will join Stefan cel Mare's band from the summer when he leaves Lech Poznan's contract in Poland. Mircea Rednic wants the midfielder, formerly at the FCSB, four years ago and was just one step away from taking him to the "dogs" camp since his last term.

Although he still has a contract with Lech Poznan until the summer of 2020, Radut has agreed with the Poles to leave freely and should sign with Dinamo, writes gsp.ro. The FCSB trophy midfielder talked to Mircea Rednic, and Puriul promised that he would have the same salary he earned in Poland. Dinamo players offer him a salary of 10,000 euros for Răduţ plus bonus, worth about 12,000 euros, as the average receives in the Lech.

"We reached an agreement with Lech Poznan to leave the summer. Until then, I remain in Poland. Opportunity to get to Dinamo I think they are, we will see what the discussions will be in the summer, what financial proposal they will make and if we can understand ", said Răduţ recently.

Mihai Răduţ was also on Dinamo's list in 2015, when Mircea Rednic trained Stefan Cel Mare's team. So the two sides could not understand the salary. The midfielder was recently mocked by fans of Lech Poznan, who made him a banner expressing his dissatisfaction. Rabbit, Beckham is no one by his side. 2.175 minutes + 1 goal. 80,000 zlotys per month. "80,000 zlotys means about 18,000 euros.