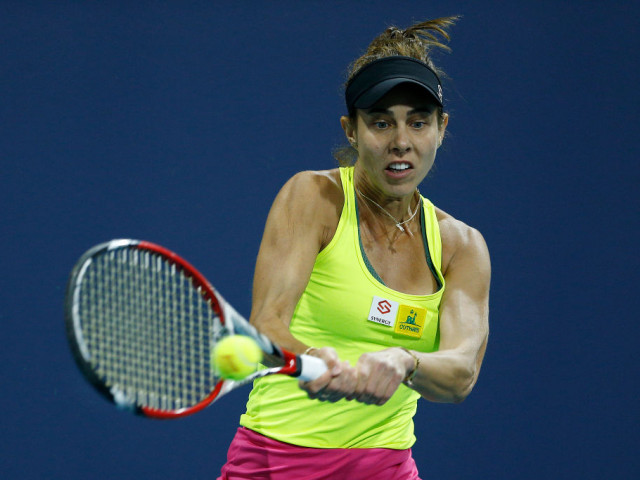 
Mihaela Buzărnescu, WTA 30th place, was defeated on Saturday with a 6-3, 6-3, by Caroline Garcia, 21st WTA, in the second game of Fed Cup Romania – Rouen France. After the first day of the meeting, the two teams tie in 1 to 1. 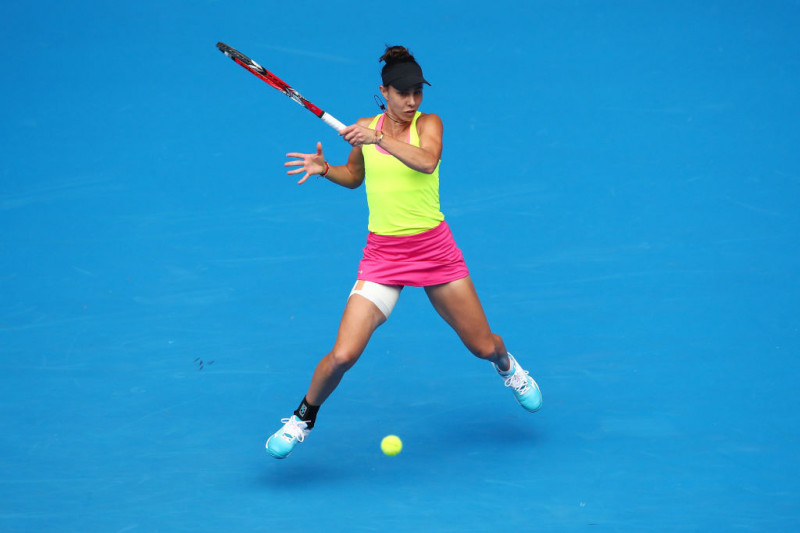 Mihaela Buzărnescu: "Garcia is a very aggressive player. It will be an interesting match. I'll think of a tactic." Photo: Guliver / Getty Images

Buzărnescu played poorly in the game with Garcia, as she did in the Czech Cup games at the Fed Cup. Without precision and without efficient service, she opposed a pale resistance in the star of the set I being led by 3-0 and 4- 1, after a pause in the second round. In the midst of a slump in evolution born in France, Buzărnescu regained the break of 2-4, but immediately lost his job. Garcia closed the set 6-3 in the 46th minute.

Romanianca lost his job early in the second set but equalized the restart. She became more aggressive, served better and gained some good points. But his good times stopped at 3-3 when Garcia paused again and then forced himself with 6-3 after an hour and 26 minutes of play.

In the first match of the day, Simona Halep, 2nd place WTA, defeated Kristina Mladenovic 6-3, 6-1, the number 66 in the world.

Update at 18h50 MECI FINAL Mihaela Buzărnescu, defeated by Caroline Garcia in the second game of the semifinals of the Fed Cup Romania – France. The fate of the semifinals will be decided in the three matches tomorrow. Let's keep the cuffs three color !!!

Update at 18h45 It's 5 to 3 for Garcia, and Buzărnescu serves to stay in the game

Update at 18.20 Buzărnescu returns equality on set, after a consistent match. The grandstand is heard "Mihaela, my love!". The slogan of the speech of Mircea Geoana in the unique night in which he was president of Rumania. In the morning, all of Romania discovered that Traian Basescu was the winner.

Update to 18.16 Buzărnescu misses the first game and gives Garcia the chance to take a break even in the debut of set 2. It is 1-0 for French

Update 18.08 Mihaela Buzărnescu loses the first set of the match with Caroline Garcia. He has to win set 2 to make the game decisive. There are three matches and tomorrow, starting at 2pm, Halep will play with Garcia and Buzărnescu with Maldenovic. The last game, I hope will not be the only one who will decide the fate of the semifinals, will be double.

Update 18,03 Garcia makes another pause, unfortunately, after a double mistake by Buzărnescu. It's 5 to 3 for Garcia. The melodies and encouragement of the Romanian gallery are heard after each point. Miki has all the support. Let's have it!

Update at 6pm In front of the room Kindarena appeared the Romanian adepts, headed by the mayor of Cluj, Emil Boc, "Armed" with his already famous drum. The edel of Transylvania was at the center of the gallery and the previous clash in the FED Cup in the Czech Republic, 3-2.

Update to 17.59 Miki pauses and is 4-3. The Romanian goes to work and seems to have escaped her emotions and got into the game. Hai, România !!!

Update at 17.55 Buzărnescu reduces the deficit to 4-2. Garcia is on duty

Refresh at 5:47 PM – Buzarnescu first game and the score becomes 3-1. Mihaela, a little overwhelmed with emotion, entered the game with more force.

Update at 17:31 – Start of the game with hesitation to Buzărnescu. Garcia breaks and leads Mihaela 2-0.

Update at 17:23 – The game started. Carcia quickly won the first game. 1-0 for the French player.

Update 14.05 LIVE TEXT. Simona Halep – Kristina Mladenovic in the semifinals of the Fed Cup in 2019. Departure marked at 3pm

Update at 2:00 p.m. You are here all the information you need about the semi-finals of the Fed Cup Romania – France and the complete schedule of the matches

"We prepared very well, we adjusted well with the ground, the atmosphere in the team is very good and very quiet. I was glad that she chose to play on Saturday and I hope with all my heart to help the team as much as possible and play my best I have a lot of experience and good games, it's a bonus for me. I really want to play well and win this game ", said Mihaela Buzărnescu at Digi Sport.

Simona Halep, WTA 2nd place, meet Kristina Mladenovic, number 66 in the first Fed Cup game between France and Romania in Rouen in the semifinals of the competition. The match will take place on Saturday at 3pm.

The fate of the semifinals between Romania and France in the 2019 World Cup will be decided tomorrow, live on Digi Sport and www.digisport.ro. There are two simple and team games for Romanians.

The game schedule for Sunday, April 21, is: