Lorand Fulop is not worth the Rumania shirt! 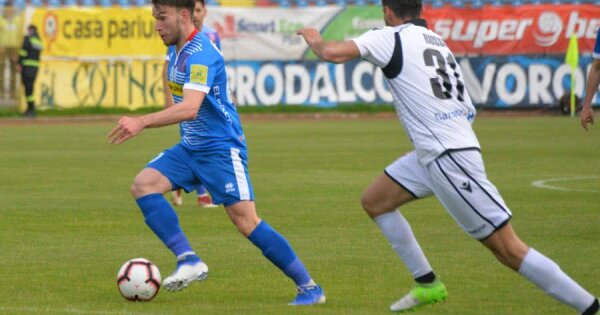 However, completely unjustifiable is the presence of Fulop in this list of Romania, remember, the Romanian national, after statements he himself made at the end of the last game played in League 1, Calarasi. He first confirmed that he had a concrete offer from Puskas Academy and explained in the Telekom Sport flash interview that he could even sign this week in Hungary: "It's a young team with a very good gym. … I like Puskas Academy, they are very good conditions. " So he followed a statement of shock: "Certainly, this transfer will bring me closer to the Hungarian citizen. Until then, let's not forget the European Championship in the summer, I want to play there with Romania Under-21, so let's see what will be." So the Lorand boy wants to play in the summer for the youth of Romania, after which go and be closer to the elderly of Hungary! And the regulation allows a player to play for other seniors over what he has seen in the Under-21 teams.

And just days after this statement, Rădoi puts him on the list for the final tournament in Italy. In the list of ROMANIA. A player who looks like he will sign with a team that will take him to the Hungarian national !!! Something unimaginable! Fulop, no matter how good he is, how he played and how promising he is, is not worth the privilege. To use the tricolor, he is actually thinking of the citizen of Budapest. It is a break not only of logic, but also of mentality, character, pride, national pride and patriotism. A footballer who claims that he will play in Hungary because he feels closer to the Hungarian national can not, no longer and no longer deserves to wear the Romanian jersey.

Imagine a similar case in Croatia team and she qualified for the Euro 2019 U21. A footballer in his own league to declare that he signed with the Partizan or Red Star Belgrade because he feels closer to the Serbian national. Had he ever been selected in the Croatian representation? It's a virtual exercise, but I'm convinced there's only one answer: NO, NEVER!

We claim so many times that we have no value, that the selection area is getting smaller, realities that can not be denied. But we can do something that keeps us calm and that could save us as much as in this sport, where pride and character often make more than individual worth or talent. Have dignity and not kneel. Let's have the model of Serbs, Croats!

The fact that we lose or win this Under-21 Euro will not be as important as a footballer hearing "Awake, Romanian!" this summer, in the Romanian shirt and will come to sing "Lord, bless the Hungarian!", in the near future or further, in the equipment of the elderly Hungarian national!

There is not the slightest sign of xenophobia or chauvinism here, but only a sporting computation. Because the results of a national team that resounds an entire country depends on the pride you want to represent your country!

Mirel, let Lorand follow your dream! To go and be "closer to the Hungarian national!" It is, after all, his choice! Just as our choice and yours is, it costs nothing, stand up. And honor!