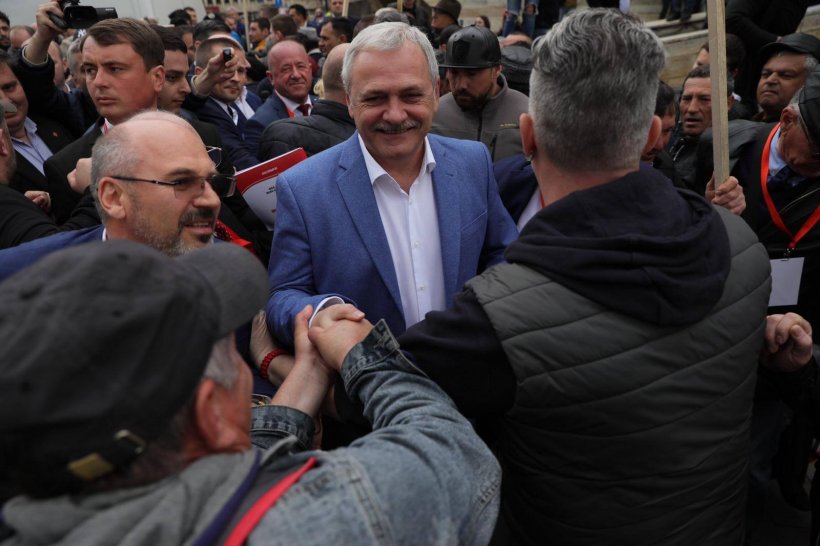 Liviu Dragnea posted a message on Facebook saying he was talking about PSD's actions and attacking his political opponents.

"I have bad news for the troubadours of Klaus Iohannis and those who slandered Romania every day! I was in Iasi today with my colleagues and PSD supporters, and people know the truth!
Iohannis and yours are getting more and more nervous. I see Romanians start to work well. It is the only explanation of how they act systematically, hatred of their own people, to block measures that bring wealth.

They closed hospitals, reopened, invested, and continued to do so. This year alone we have an extra 16 billion lei for health than what Ciolos had. We raise the salaries of doctors and we will also build the highways with all the obstacles we put on them.

Iohannis and he are furious because Romanian farmers receive their subsidies on time, that Romanian agriculture produces healthy food for the Romanians, that Romania came to PSD's first governance in the production of corn and sunflower in Europe. When they were in office, Romanian farmers stayed for nine months, a year without subsidies, and France was the first to produce corn.
You ask yourself: to whom do these people act, what interests do they have? I do not think they are following the interests of Romania because you can not follow the good of the Romanians when you act against them. They promote violence, hatred and poison, and they want the country to be divided!

This is the fundamental difference between us and others. We are for a stable Romania, for a healthy Romania, for a rich Romania that becomes increasingly powerful. They want Romania at the mercy of others, we believe that Romania deserves more! "Liviu Dragnea writes on Facebook.