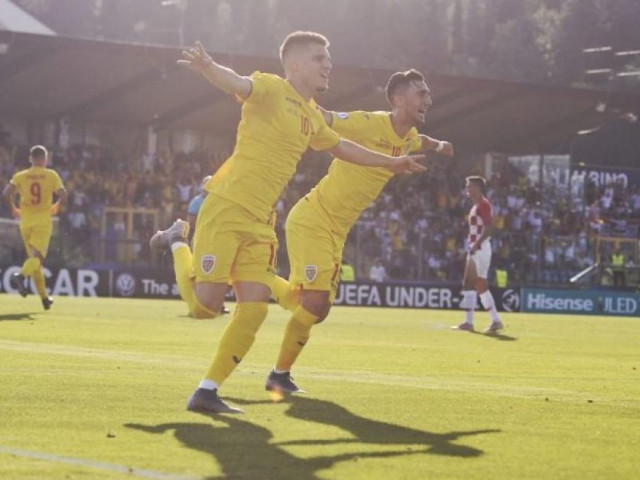 EURO 2019 Romania Sub21 – England Sub21 | Ianis Hagi he was terribly amused when he reached the locker room at the Cesena stadium. The 20-year-old explained why we will beat England Under-21.

"It's clear, tomorrow we will fight against England! I found the equipment placed exactly on the bench that I found and when I played a friendly here with Fiorentina!" And then I defeated! said Ianis, according to frf.ro.

Ianis Hagi reveals where Romania is superior to England

Ianis Hagi also revealed what would be the advantage of Mirel Rădoi's team.

"We are a united and homogenous group, we play together of the groups of children, we know very well and this is an advantage, in our collective game it is the first.It was very important to start with this dangerous competition in attack, we have fast players and technicians, we took the result we wanted " said Ianis Hagi.

From San Marino, the national team moves to Cesena for the England game. Hagi Junior is once again waiting for a stadium full of tricolor colors. And the footballer wants to reward him with a new goal after that against Croatia.

Romania – England is playing today in Cesena (19:30). On the same day, Croatia will fight with France from 22:00. Both games can be watched in LIVE TEXT format in digisport.ro.