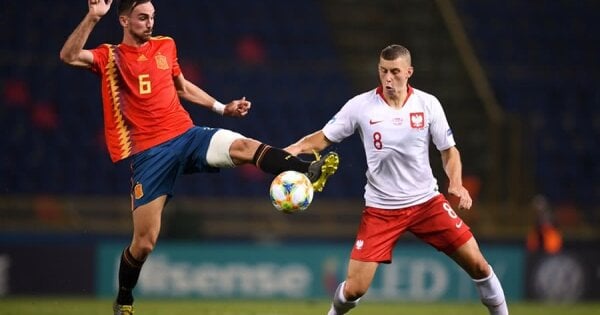 though Italy U21 was imposed with the score of 3-1, Romania, U21, have a better goal and can lose to no more than two difference goals in front of the Under-21 France without losing the qualification in semifinals.

Spain U21 she also scored with the Polish, 5-0, and could be our opponent in the semifinals in the EURO.

How the chances of Romania influence these results

The GSP presents all their calculations for Romania to be in the semifinals.

1) Defeat or equate France U21
– Romania is mathematically qualified in the semifinals. From the first place!

2) We lost with France Under-21
– We are down 2 and depend on the results of the other groups. But the advantage of Romania is that they will play ULTIMA in the group stage and know exactly what MINIM result to achieve.

The situation in Group A is clear, and on Sunday we will find the final classification of B.

Who can play in Romania Sub-21 in the semifinals

IF "TRICOLOR" TERMINATION IN 1st Place

IF THE "Tricolors" FINISH IN PLACE 2

VIDEO "The Hero" Ionuţ Radu, the author of a fantastic new speech, set before we scrambled England Under-21: "We die on the ground! I'm not afraid, I have you in front and a whole country in the back!"