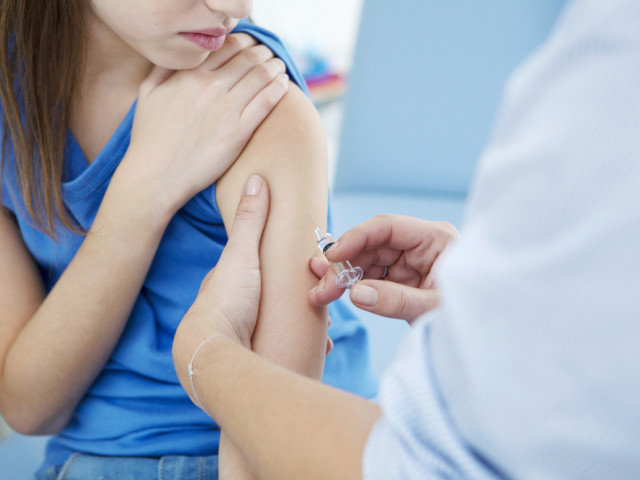 
A new study shows that the cervical cancer vaccine has dramatically reduced this cancer and that the disease could be completely eradicated in the next 30 years, according to Sky News.

Scottish scientists say that HPV vaccination of girls 12 to 13 years old has led to a "dramatic reduction in cancer incidence, eradicating nearly all cases of cervical cancer in the pre-cancerous stage 0 in young girls.

Scientists believe that global vaccination against this form of cancer can mean the definitive eradication of the disease. Girls and teens are vaccinated against HPV in England, and Scotland introduced the national HPV immunization program in 2008 in girls aged 12 to 13.

Thus, in the past 10 years, the rate of cervical cancer in girls who already have precancerous cells has decreased by 89%. Researchers also found that age is an important factor in the success of this vaccine: immunization of 12-year-old girls is almost twice as effective as immunization of 17-year-olds.

In addition, scientists also noted that women who are not vaccinated against HPV benefit from the vaccination of other people, since immunization has led to the more difficult spread of the virus, which is not being used by so many people after vaccination. .

"We know that among women, the number of cervical cancer screenings is decreasing, so this preventive vaccination method has proven to be effective in reducing risk, almost eliminating this form of cancer among women under 25 years of age" said Kevin Pollock, a researcher at Glasgow Caledonian University.

The vaccine was developed to fight two strains of HPV – types 16 and 18 – responsible for 80% of cervical cancers. And studies have found that this vaccine also protects against three strains of HPV. "This vaccine has exceeded expectations. I think we are now looking at the possibility of eradicating cervical cancer within 20-30 years," says Pollock.

Australia, the first country in the world to eliminate cancer of the cervix

Australian researchers say performance will be achieved if the current stage of vaccination and screening is maintained. They are convinced that in four years, this disease will be classified as a rare form of cancer – that is, there will be only six diseases per hundred thousand cases.