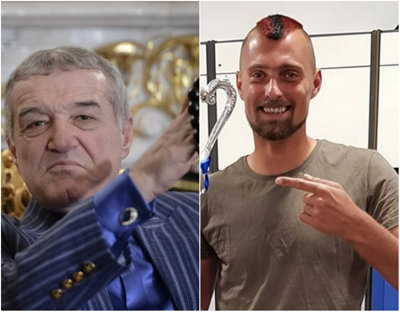 Gigi Becali, owner of FCSB (60), commented on the incident involving Gabriel Tamas (35). The defender was caught in Israel driving 205 miles an hour under the influence of alcohol. He was released after seven days in custody, but he can not leave the house.

Becali is of the opinion that he would have gone through résumés with "names" had he not been the protagonist of such episodes: "This is your life, if he was good at the big team, he was in Barcelona or Real if he did not have the passion for the drink, he has that passion and you have nothing to do," Becali told Pro X.

A Romanian champion title has Gabriel Tamas on the record, won over time spent at FCSB. Two Romanian cups with Dynamo, one with FCSB, a Romanian Super Cup with Dynamo and an Israel Cup with Hapoel Haifa are trophies won by the 35-year-old defender.