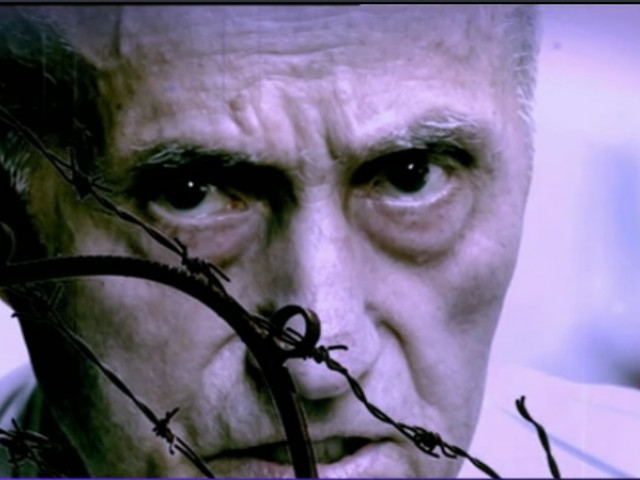 
Alexandru Vişinescu, the torturer sentenced to 20 years in prison for crimes against humanity committed during communism, died Monday in prison at age 93. He was the last commander of Râmnicu Sarat Prison, where PNT leader Ion Mihalache died as a result of torture.

Alexandru Vişinescu was the first communist torturer in Romania convicted of having subjected political prisoners to ill-treatment, beatings and other violence without food and medicine. By its name, historians and prosecutors have linked the deaths of 12 people.

The National Penitentiary Administration informed in a press release that Monday, around 13 o'clock:00, the medical staff of the Bucharest-Rahova Penitentiary Hospital intervened to provide first aid to a person in custody, while requesting the support of the emergency service 112. "Despite the efforts of the specialized personnel, the death of the person in question was declared in around the 14th:30. This is evidenced by the unit with a number of chronic medical conditions, for which care and treatment were provided according to the recommendations of the medical specialists, "states the NAP.

According to the legal provisions, the family of the person convicted, the judge of deprivation of liberty, the Public Prosecutor connected to the Bucharest Court, INML Bucharest, were informed.

Alexandru Vişinescu had been operated last month at the "Bagdasar Arseni" hospital because of a rupture and several broken ribs. Officially, the National Penitentiary Administration said that Alexandru Vişinescu was injured by an involuntary fall, resulting from a lipothymic episode, but it was reported that he was beaten when he was hospitalized at the Jilava Penitentiary Hospital.

He had already asked to be released, citing his medical condition, but his request was dismissed by the court.

In September, Ion Ficior, the other communist torturer convicted in recent years in Romania, has died. Ion Ficior was 90 years old and sentenced in March 2017 to 20 years in prison for the deaths of 103 detainees in the Periprava camp between 1958 and 1963.

Read too: A historian's warning: "Today Ioan Ficior has died and Vişinescu will die soon." Then we hypocrites the curtain "

Public Prosecutors of the Supreme Court accused Vişinescu of the fact that during 1956-1963, former commander of the Râmnicu Sărat Penitentiary, has taken steps to prosecute political prisoners. He was also the last prison commander where the PNT leader died after torture Ion Mihalache.

The investigators identified 138 detainees who went through the Ramnicu Sarat Penitentiary in the Vişinescu mandate. Twelve political prisoners died while the prison was led by Vişinescu.

The prisoners were physically and mentally tortured, receiving no medication or medical care, and the regime imposed by Vişinescu did not guarantee the minimum conditions for long-term survival.

"At the same time, treatment of patients, refusal to transfer to penitentiary hospitals, deterioration in the health of prisoners due to lack of food, lack of warm-up, discretionary and abusive punishment, inhumane conditions of detention, so many actions aimed at leading to the physical extermination of the prisoners, "argued prosecutors.

Dozens of survivors and relatives of political prisoners testified against him.

"When the cell opened and someone came in, you were forced to turn your face to the wall. You were not allowed to sit in bed during the day. The bed was taboo"Said Valentin Cristea, a former condemned politician.

The imposed regime does not ensure the minimum conditions of long-term survival, since most of the sentences have been extended for a period of more than 10 years. The deaths of detainees were thus triggered by a slow process through which they were physically and mentally tortured. Among the victims of Alexandru Vişinescu were Corneliu Coposu, Ion Diaconescu and Ion Mihalache., the promoters showed.

Prosecutors began the investigation in July 2013, half a century after committing actions. The trial of Alexandru Vişinescu began in 2014. The former Ramnicu Sarat penitentiary commander performed most of the time, but he refused to defend himself at court every time.

Read too: Why have the convictions of communist torture begun now?

Together with Alexandru Vişinescu, historians have identified 35 others whose names are related to the deaths of dozens of political prisoners or people whom communist authorities saw as obstacles. In the first case, Alexandru Vişinescu was sentenced to 20 years in prison and forced to pay € 300,000 for moral damages to the families of those who were arrested and tortured. The judgment was confirmed in the appeal and the appeal was dismissed in the subsequent annulment of the convicted person.

Survivors of Râmnicu Sărat's torture regime: Vişinescu has no pity or soul

Vişinescu is defending himself. He brought letters of thanks from the ex-detainees

Vişinescu, about Râmnicu Sărat Penitentiary: It's a shame he got into the crap!