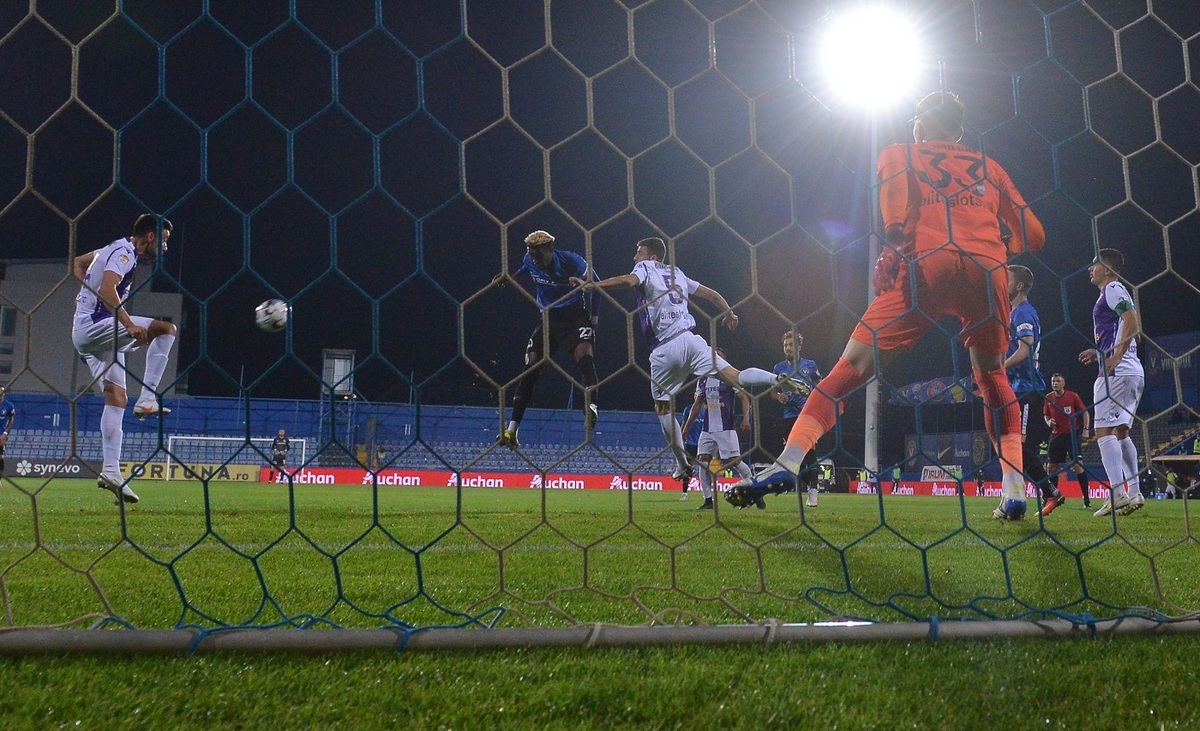 There are high chances that a new pole of power will appear on the Romanian football map, built on the most serious project in Romania in the past 30 years. The future is constantly growing, it has made a profit in recent years and now it can move on to the next financial phase. Among other things, Gica Hagi managed to attract a sponsor like Petrom and there are now discussions with Mobexpert owner Dan Şucu, who could buy some of the shares.

Gică Hagi managed to build in Ovidiu the most serious and successful project in Romanian football. The “Rei” set up a club from scratch, based on the academy that bears his name, took it out, grew every year, took the title and, in just 11 years, became one of the important teams in League 1. Viitorul Constanţa could become a superpower in Romanian football.

Gica Hagi’s team has already consolidated itself into the group of important teams in Romanian football. But it can move on to the next phase, where it will become a superpower and a constant candidate for trophies. The stability shown by Viitorul, but also the seriousness with which it works on this project are two of the arguments why the club has become interesting for both sponsors and some businessmen in Romania. In fact, Gica Hagi has stated several times that he is willing to hand over part of the shares to investors who can take the club to the next level of performance.

Recently, information has emerged about the negotiations that exist between Gică Hagi and businessman Dan Şucu, owner of Mobexpert, one of Romania’s most famous companies. The negotiations were confirmed by both sides, although they admitted it in half.

“Of course, Mr. Şucu may be one of the potential future shareholders, but now I don’t know what his intentions are. He has to draw a conclusion, I hope it is positive and that he wants to join us,” said Gică Popescu, who holds the position of President of Viitorul.

Dan Şucu has an estimated fortune of around 125 million euros, built mainly from his activities in the furniture industry.

The future, a new pole of power. In the summer, he managed to attract a super sponsor

The brand created by Gică Hagi in Ovidiu has managed to attract important sponsors over time. Perhaps the most interesting blow was the contract that Viitorul signed with Petrom. The company owned by OMV is among the largest in Romania and last year made a profit of around 750 million euros.

Petrom has been away from Romanian football in recent years, especially after the company was bought by OMV, but Gica Hagi’s project convinced them to sign a sponsorship contract. It is proof that Viitorul is becoming easy, but certainly a superpower in Romanian football.

The contract between Viitorul and Petrom extends over three years and the former Romanian champion receives one million euros each season. It is one of the most consistent sponsorship contracts in Romanian football. Basically, only the FCSB receives more money from the main sponsor, 1.5 million euros per year.

Experts confirm: The future could become a superpower in Romanian football

In an interview a year ago, Lorand Balint – a sports marketing specialist at Publicis Sports & Entertainment – says Viitorul is starting to become a team with fans across the country. Lorand Balint noted that Gică Hagi’s team is increasingly supported: “Viitorul Constanţa is a Romanian brand that is slowly occupying the territory left free by Steaua Bucureşti. The future begins to have fans across the country”, said Lorand Balint, in an interview with Paginademedia.ro.

The future, a pole of power and financially

The team founded by Gica Hagi is among the most stable clubs in Romania. The “King” built a project in which he spent only what he could and mainly relied on the players he created at the Academy. These things made Viitorul a landmark in Romanian football, from a financial point of view.

In recent years, Viitorul has shown itself to be constantly profitable, regardless of the position it occupied in the championship. Last year, the former Romanian champion made a gross profit of around two million euros, at a time when more and more clubs in Romania are facing financial problems.

But it is the way Gica Hagi sees and manages things at Viitorul. The team had total revenues of 14.9 million euros, while expenses amounted to 12.8 million euros. Now, if he manages to attract new investors, Gică Hagi will take the club to the next level and transform Viitorul into a Romanian football superpower.