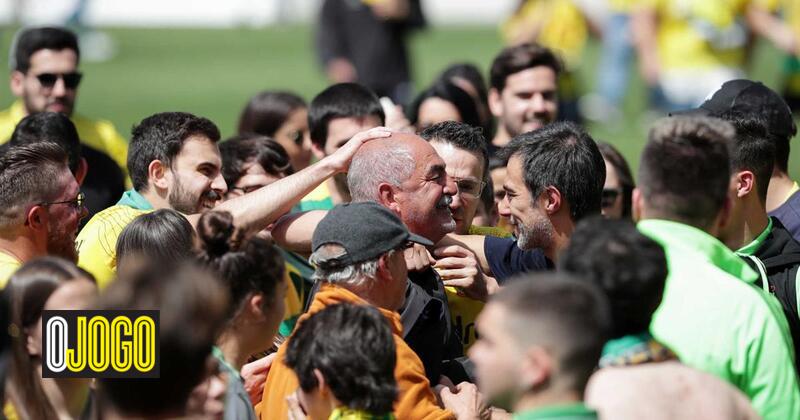 In the aftermath of victory over Ac. Viseu (2-1) and consequent rise to the I Liga, Vítor Oliveira approached the future and guarantees that he will only make decisions after defining the situation of Paços de Ferreira.

Feeling at the time of the rise to I League: "It is a feeling of great joy and satisfaction for the duty fulfilled, for returning the Palace to a place from which it should never have left. The second feeling is in the time difference between the first climb and this is 29 years, is fantastic and leaves The third comes from this mass of fans, who have always been with us since the first hour. It is always good to climb, four days from the end is fantastic and we are all to be congratulated.

Difficulties: "This climb was not an easy one, but because of our big first lap, given the initial number of candidates, about seven or eight, it turned out to be somewhat facilitated by the less successful performances of some of them. four teams and, ahead, there were already two or three. "

About the future: "The next season is a question for me, because I do not know either. I've already received some proposals, but I would like to say that I would not speak before the situation in Paços was resolved. better than training in the II League, but it depends on the perspective and the options, but in the last years I got used to winning more times. "

I look at the first place of the II League: "Now, with less pressure and anxiety, we will fight for the goal of being champions by putting the icing on the cake."