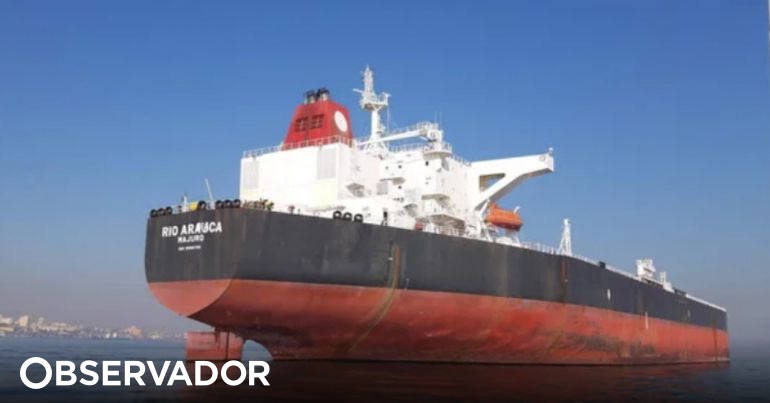 For more than a year and a half a Venezuelan oil tanker, belonging to the Petroleos de Venezuela group, has been retained on the Tagus River with 16 people on board. The vessel "Rio Arauca" has been arrested between Terreiro do Paço and Santa Apolónia since July 2017, having arrived in Lisbon with 26 crew members, according to an investigation carried out by SIC in the Jornal da Noite on Monday. As early as November 2018, the tanker's case had been first reported by Diário de Notícias.

The oil tanker is in the service of the company PDV Marina, a company that belongs to the Venezuelan state oil company that fell with the oil crisis and left debts behind. Such were the debts and payments that remained pending that the company had to hire BSM Cyprus, which is now responsible for paying the salaries to the crew on board and for providing them with food.

The members of the current crew come from six countries, being replaced from nine months to nine months on average. No crew member can leave the ship, and food and other day-to-day products must be transported directly to the vessel.

To the Port of Lisbon Administration, the tanker had a debt of EUR 3,2 million, and 1.7 million still have to be paid. The rapprochement between Portugal and Venezuela gained momentum in the Government of José Sócrates, at a time when dozens of agreements were signed for the recovery of ships with PDVSA. The company, in turn, is one of the main creditors of the Espírito Santo Group.

The "Rio Arauca" was arrested as soon as it entered the Tagus River, by order of the Maritime Court, and it is expected that the ship will not compromise the safety of any nearby infrastructure; not even the 25 de Abril Bridge. The Port of Lisbon Administration guarantees that such a danger does not occur, as this is not a single case of vessel arrest: two more oil tankers have stopped in Lisbon since 2017.

Oil is one of Venezuela's main sources of revenue. The arrest of this oil tanker thus mirrors the state of a country in economic and social decline, whose state depends almost exclusively on oil revenues to survive.