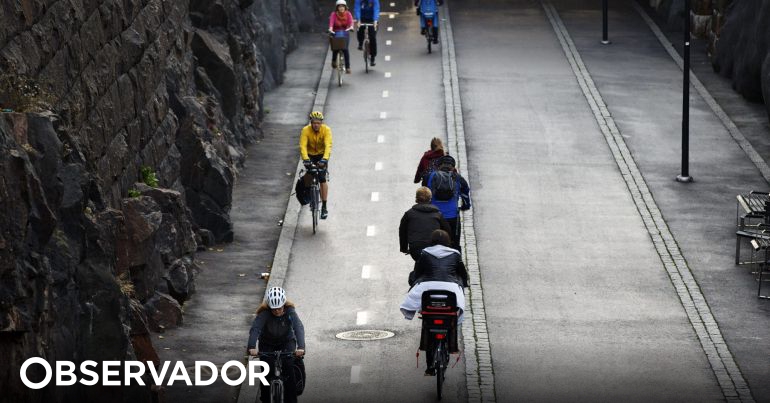 At first glance, it was a failure. In a second analysis … maybe it's a bit more debatable. The experience gained in Finland of attributing universal basic income to 2,000 people (unemployed) does not seem to have been able to demonstrate that these citizens had, thanks to this monthly check of 560 euros, better conditions to get a job. In comparison with the other group – the control group – receiving this check (and being assured of continuing to receive it even if it found work) does not seem to have been synonymous with greater success in the labor market. But it seems that there was a positive effect, yes, on the health and stress levels of these people.

The Finnish experience has been closely monitored over the past two years as the largest test ever organized in recent times to an idea that is actually more than 500 years old: the idea that the state should give all citizens, regardless of their situation, a value that guarantees a minimum of subsistence. In the case of the Finnish experience, 2,000 people were chosen who were unemployed and received € 560 per month (and another 2,000 were selected for the control group, who received nothing).

In this case, the experience has focused on the unemployed, although the universal basic income theory does not exclusively concern unemployment support – it is much more than that. It may be to have a job but to know that you have the right to a minimum of subsistence so that you can risk finding a better job, opening your own business or getting more training – and being able to do it without being "enslaved" of the monthly income you have. The idea of ​​its proponents is, especially with the perspectives of robotization of the economy, the countries have to look for this type of proposals, otherwise dangerous social problems will be formed.

But the Finnish experience does not appear to have produced the expected results, according to preliminary results released on Friday. Some people who were receiving the money were able to get a job, but the same thing happened, to a similar degree, among those in the control group (those who did not receive anything). Studies that will continue to be done from experience can help us better understand what contributed to this outcome – the full report will come out next year. But until then, the debate on the idea of ​​universal basic income – an idea that the Italian government wants to put into practice soon – started to count on the contribution of the famous Finnish project: a universal basic income, in the specific circumstances in which this This test did not appear to have had the desired effect.

In this case, the stated objective of the experiment was to "promote employment". And looking at the results, from that perspective, it was a failure. But "the people who received the income reported a clearly superior well-being in all aspects," compared to the unemployed who did not receive the check, explained the researcher Olli Kangas, one of the experts responsible for the project.

A universal basic income is distinguished, for example, from a social insertion income because the citizen does not need to be subject to the processes of condition of resources, that is, to prove that one is in a situation in which the social supports are needed. For defenders of universal basic income, this "stigma" is one of the factors that aggravate the psychological health of the citizen, sinking even more into what they call the "unemployment trap."