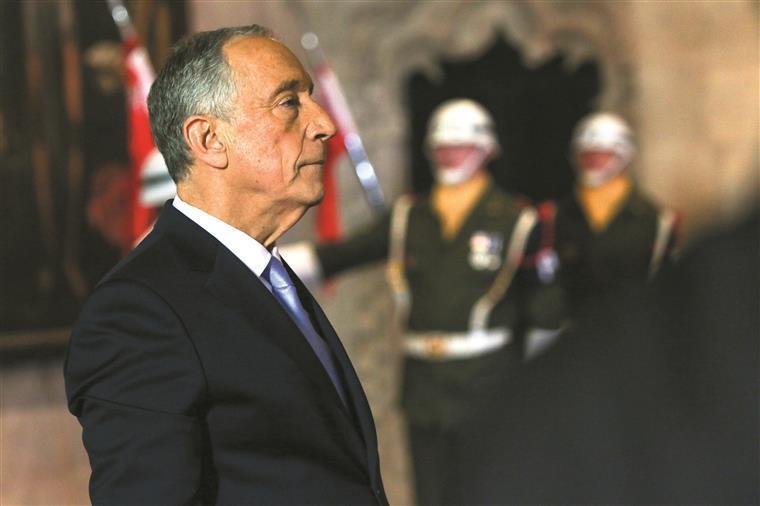 The choice of Marcelo Rebelo de Sousa was controversial. The speech even more. What, after all, did João Miguel Tavares, who irritated the left, enthused the right and almost erased Marcelo's speech? First of all, "it is not for the talent and the work that rises in life", because it is necessary to have the right friends. Then there is an 'Atlantic distance' between politicians and citizens. And in the middle, he pointed his finger at the corruption and the political class that has done little to face it.

The biggest criticisms came from the side of the Socialists. Porfirio Silva, deputy and leader of the PS, criticized the "populist cantiga". Without referring to the name of João Miguel Tavares, in a commentary on social networks, the socialist confesses that he is "a bit fed up with politicians, whether or not they speak, who speak for the people in opposition to politicians" and of those who forget "what politicians made by the country. "

Socialist deputy Pedro Alves also criticized a speech with "a set of generalizing places that lead to populism because of what they fail to say." João Miguel Tavares argued that there is a perception that "the game is addicted" because to ascend in life "you have to have the right friends. That it is necessary to be born in the right family. "

Pedro Alves, vice-president of the parliamentary group of the PS and responsible for the proposal to create rules in the nominations for the Government, defended in the program No Moderation on Channel Q that this statement "is just an achismo" and that the studies demonstrate the contrary. "In Portugal not only have we increased social mobility over the last 45 years" as "it is the country of the European Union where it has grown the most," said the PS deputy.

The constitutionalist Vital Moreira also did not sympathize with a speech that asked "politicians, be they left or right, give us something to believe."

For the ex-MEP of the PS, who wrote about the celebrations of the Day of Portugal in the blog Causa Cause, the minimum that would be expected of João Miguel Tavares was that "indicate one or two of such national designs" because "in a liberal democracy, we should not limit ourselves to asking politicians to show us the way, but to contribute individually to the choice, collectively. "

«The bonds of affinity have always had great force»

One of the most controversial parts of the speech was about the social elevator. The idea that it is not possible to rise in life without wedges has gained a foothold with the controversy surrounding appointments to government offices involving family ties.

Sociologist Elísio Estanque, in declarations to SOL, affirms that "personal relations and ties of affinity have always had a significant force" in Portuguese society. "The family and affective ties are very strong and this perverts the logic of meritocracy. But it has always been so. "

The sociologist considers that the system of education 'has not yet been able to fulfill the function of placing those who are at the very outset of society in conditions of being able to evolve on the basis of their own merit', and, on the other hand, ' those responsible, from the start, the government, should set an example, but this has not happened, "says Elísio Estanque.

João Miguel Tavares, born in Portalegre, where the celebrations were held this year, was a controversial choice. Several personalities disputed the choice of the President of the Republic after the celebrations were presided over by names like António Barreto, Sobrinho Simões, Sampaio da Nóvoa, Elvira Fortunato or Eduardo Lourenço.

Marcelo, in his speech in Portalegre, justified the choice with "difference, nonconformity, a sign of deep desire for change, ambitious horizons and an iconoclastic voice".

The speech of the journalist, who participates every week in the Shadow Government program with Ricardo Araújo Pereira and Pedro Mexia, was one of the most popular political issues of the week. On his Facebook page, João Miguel Tavares wrote that he received "thousands of messages" throughout these days. "It made me feel that I did the right thing in the right place," says the commentator.