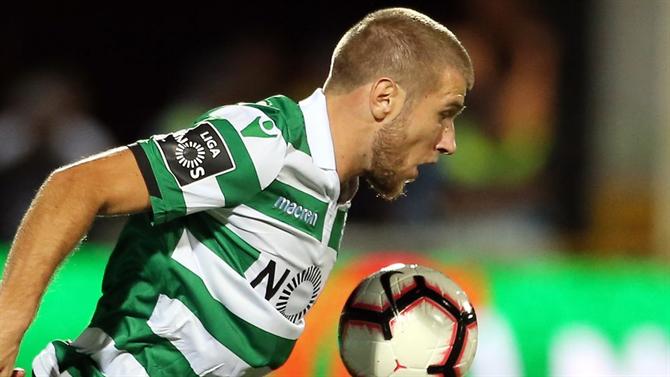 The Portuguese Football Federation's (CDF) Disciplinary Council (CD) has decided to punish Sporting's Ristovski with a punishment game following the direct red card shown to the Macedonian in Saturday's Sporting-Chaves for the League, which means that the player misses the derby this Wednesday with Benfica in Alvalade, referring to the second leg of the semi-finals of the Portuguese Cup.

Sporting, on Sunday, sent an exhibition to the CD, asking for Rissovski's decriminalization, because he understood that the match was a light infraction, and the CD, sensitive to the short space of time until the Cup game, has decided, exceptionally, to hear the match officials on Monday (Monday), who keep reading that it was a serious infraction. As such, in line, the CD punished the player with a punishment match.

Sporting (will receive all the explanations and arguments of the referees from the CD) can still appeal, but the procedure adopted by the CD (listen to the referees) is what usually happens after the draw (ie was anticipated), so do not that the decision may be amended.

It should be noted that the lions were notified with the decision at 1715 hours and forwarded the appeal at 17.27.