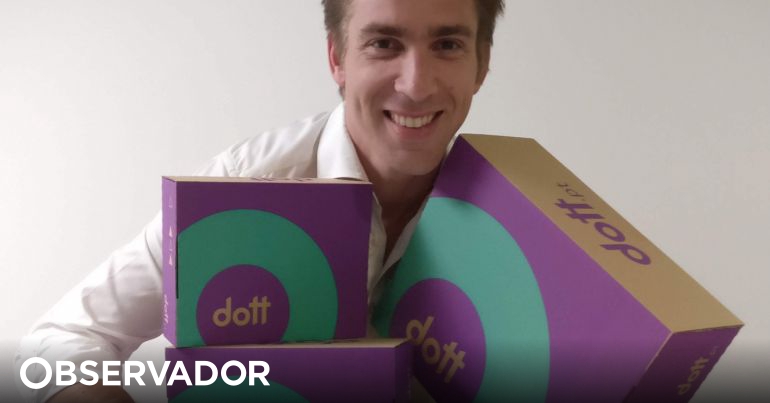 Online shopping is here to stay. Although there are still those who have reticence, "a third of Portuguese consumers" already makes purchases over the Internet. Without an Amazon.com in Portugal (the world leader in online sales), there are companies that want to bet on the Portuguese market. Enter Dott. The online retail store is officially launched this Wednesday with "publicity and noise," CEO Gaspar D'Orey told the Observer. Dott had already begun operating in February "in a testing phase". There is still no application for mobile devices "nor fresh", but the company has 100,000 customers by the end of the year with news for announcing "every two weeks."

We are born 100% digital. We are a mall, we are not a retailer. We connect between stores and who wants to buy the products. The only thing we did not sell is still fresh. We sell all kinds of products and we have all kind of products on the platform ", says Gaspar D'Orey.

Dott said that the advantage of this sales platform is to connect consumers to Portuguese brands as well as other international brands. "We are talking about a Castelbel, a Phone House or a Piu Piu Chic", exemplifies Gaspar D'Orey, highlighting some of the Portuguese businesses that are partners of the platform. In all, Dott already has about 500 partners. In addition, the company's CEO says that with "CTT's logistic know-how" and "Sonae's retail experience" will create an online reference brand for the Portuguese consumer.

There is plenty of room for Portuguese retailers to grow online. We are a mall, we are not a retailer. We connect between stores and who wants to buy the products, "says Gaspar D'Orey.

Dott allows you to use most of the forms of payment currently available in Portugal, such as Multibanco or Payshop points. In addition, because it has more than 1600 points of collection of products (thanks to CTT), wants to facilitate the way you buy and collect orders made.

Make a selection of the marks that the Portuguese want. That sets us apart. They are not just Portuguese brands, but we provide a stage for retailers to take their first steps in the digital era. "

Although the main base of operations is in Porto, Dott has a "decentralized team" that already has 35 people. To launch this platform, Sonae and CTT have invested "between 10 and 15 million euros" and expect to have one million products available on the site by the end of the year.