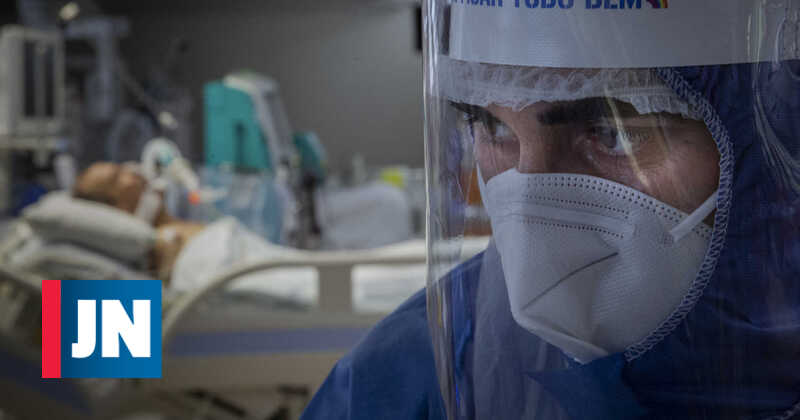 Portugal surpasses the barrier of four thousand cases of covid-19, on a day when it registered 33 deaths, one of the highest numbers ever.

In total, 132616 cases and 2428 deaths from covid-19 have been recorded since the pandemic was reported in Portugal on 2 March, breaking records for the second consecutive day.

After having registered 3960 cases on Wednesday, Portugal this Thursday surpassed the barrier of four thousand daily infections by covid-19. With more than 4244 records, there are now more than 130 thousand positives signaled since the beginning of the pandemic.

With 33 deaths in 24 hours, this Thursday is the seventh day with the highest mortality associated with covid-19, with the country returning to levels of fatalities only seen in April, at the peak of the first wave of the pandemic, when there were between 34 and 37 deaths, six times, with the maximum recorded on April 3.

The fatalities are 18 men and 15 women. Most, as has been a habit since the beginning of the pandemic, are people over 80 years old (nine men and 12 women). In the immediately preceding age group, the second most affected by the pandemic, covid-19 took nine more lives (six men and three women).

The number of hospitalized patients continues to rise: with 47 more people hospitalized, there are now 1794 people in need of hospital care, 262 of whom (nine more) in intensive care units.

The Bulletin of the Directorate-General for Health, released this Thursday, registers another 1657 people recovered from the covid-19. All told, there are over 2279 active cases compared to Wednesday, for a total of 51996 people infected with the new coronavirus currently in Portugal.

There are also 2394 more contacts under surveillance by health authorities. Thus, there are 62457 people who were close to confirmed patients and whose health status is monitored.

North Region with 58% of cases registered this Thursday

Accentuating a trend of the last two weeks, the North Region (RN) registers more than half of the cases of covid-19 counted until midnight on Wednesday: with 2474 of the 4244 new infections, the area that was the epicenter pandemic until July, accumulated 58% of new registrations.

In terms of mortality, almost 50% of new deaths were registered in RN (16 out of 33), for an accumulated of 1069 fatal victims of the disease that was reported in the country on March 2, with two cases identified in the northern zone.

The Lisbon and Tagus Valley Region added 1102 more cases of covid-19, which is equivalent to about 26% of the total last 24 hours. In the capital area, 12 more lives were taken by the disease, bringing the total number of victims of the new coronavirus to 967 in the vicinity of the most populated city in the country.

The other five fatalities were recorded in the Centro Region, which adds up to a total of 309 deaths, on the day that recorded a new record of cases of covid-19, 524, exceeding the previous maximum of 521, registered on April 12.

In the other regions of the country there are no fatalities to report, with the number of cases registering numbers higher than those of the summer, showing that the second wave reaches the entire territory, but in a smoother way from the Tagus River down.

In the islands, after months without cases, Madeira overtook the Azores, which were most affected at the beginning of the pandemic, and continues the trend: the “Pearl of the Atlantic” accumulated six more infections, for a total of 431, while the Azorean archipelago registered five new ones cases, for a sum of 358.