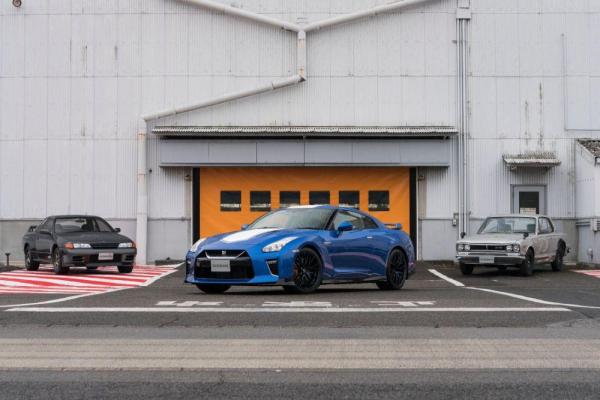 Few vehicles in the world can be identified in a quick glance through their three letters as is the case of the "GT-R" that worldwide has become synonymous with emotion and high performance.

To mark the 50th anniversary of the Nissan GT-R, the Japanese brand has taken to the New York Motor Show a special edition of this sporty model.

It is a model to commemorate the half-century of the GT-R, and in which the engineers of the Japanese brand were challenged to find undiscovered performance potential and, at the same time, ensured that any type of driver could take advantage of of this Nissan GT-R Nismo.

The Nissan GT-R 2020 will reach most markets with three versions: GT-R Premium, GT-R Track Edition and GT-R Nismo. In some markets Pure, Prestige and Black models will be available, but it's the 50th Anniversary edition that truly celebrates the GT-R's rich heritage.

The special edition car will come in three two-tone exterior color combinations designed to represent the GT-R paintings of the Japan GP series.

Inside the 50th Anniversary Edition is a gray color scheme that gives the interior of this GT-R Nismo a sense of luxury, where an exclusive steering wheel, Alcantara ceiling coating with exclusive seams and more is highlighted.

In terms of powering this new GT-R Nismo has not undergone major changes and continues to rely on the well-known V6 of 565 hp GT-R power, but the engineers of the brand have made some modifications to make this version of anniversary even more powerful . So they installed new GT-R GT3 turbos, which help increase the engine's low-speed response by 20% faster throttle response time.

In addition, the brand has added a new exhaust manifold, with new points of connection and also has a silencer and exhaust tips in titanium with polished blue tips so that the noise of the engine can be heard at any time.

The GT-R features a revised 6-speed dual-clutch transmission with a refined "R-mode" made for road and track so that more aggressive reductions and box passages are possible even with the ABS in action on the corners.