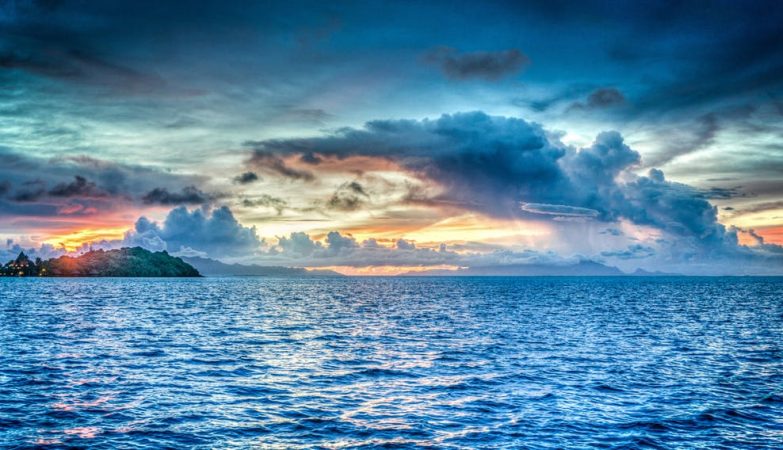 Global warming is significantly altering the phytoplankton of the world's oceans, which will affect its color by the end of this century. The blue and green regions will intensify.

Satellites should detect these changes of tone, providing early warning of large-scale changes in marine ecosystems, according to a new study by the Massachusetts Institute of Technology (MIT) published in the journal Nature.

Researchers have developed a global model that simulates the growth and interaction of different species of phytoplankton or algae, and how the mix of species in various locations will change as temperatures rise around the world.

Scientists also simulated the way phytoplankton absorbs and reflects light and how the ocean changes color as global warming affects the composition of phytoplankton communities.

Researchers conducted the model by the end of the 21st century and found that in the year 2100, more than 50% of the world's oceans would change color.

The study suggests that blue regions, such as subtropical regions, will still more blues, reflecting still less phytoplankton – and life in general – in these waters. Some regions that are greener today, such as those near the poles, may still be greener, as warmer temperatures increase the flowering of a more diversified phytoplankton.

"The model suggests that the changes will not look very large with the naked eye and the ocean will still appear to have blue regions in subtropical regions and green regions near the equator and the poles," he said. Stephanie Dutkiewicz, the Department of Earth, Atmospheric and Planetary Sciences of MIT and the Joint Program on Science and Policy of Global Change. "The basic pattern will still be there. But it will be different enough to affect the rest of the food chain that phytoplankton sustains. "

The color of the ocean depends on how the sunlight interacts with what is in the water. Only the water molecules absorb almost all the sunlight except the blue part of the spectrum, which is reflected. Thus, relatively arid open ocean regions appear as deep blue. If there are organisms in the ocean, they can absorb and reflect different wavelengths of light depending on their individual properties.

Phytoplankton, for example, contains chlorophyll, a pigment that absorbs mainly in the blue portions of the sunlight to produce carbon for the photosynthesis and less in the green portions. As a result, more green light is reflected out of the ocean, giving regions rich in algae a greenish tint.

Since the late 1990s, satellites have continuous measurements of ocean color. Scientists used these measurements to obtain the amount of chlorophyll and, by extension, phytoplankton in a given oceanic region. But Dutkiewicz says that chlorophyll does not necessarily reflect the sensitive signal of climate change.

Any significant variation in chlorophyll could be due to global warming, but could also be due to "Natural variability" – regular and periodic increases in chlorophyll due to natural phenomena related to climate.