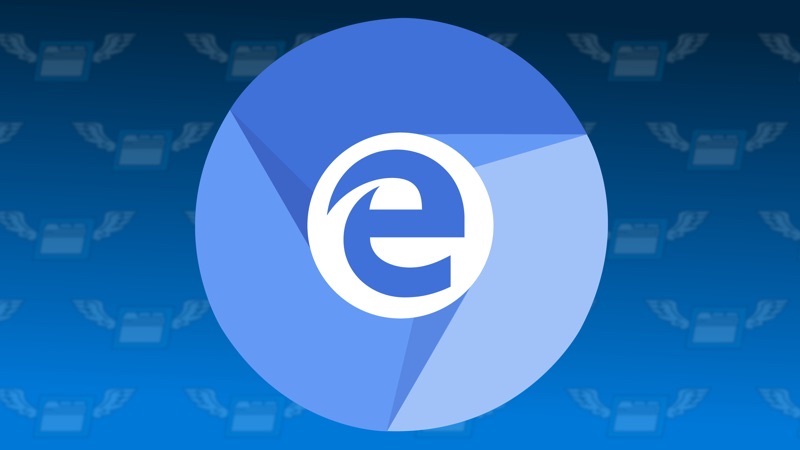 Choosing Chromium for the base of the new Edge was not accidental. Microsoft wanted a browser with evidence and released it to create news and improvements.

Now that the Edge is up and running, the company has revealed more about its creation. Show the world all the extras you've removed that are present in Chrome. 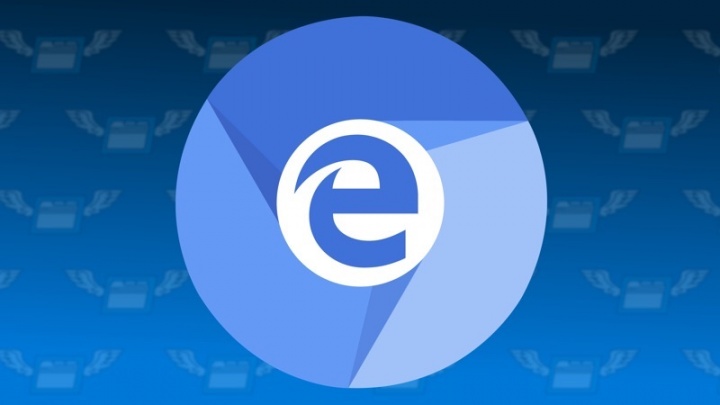 Altogether there are more than 50 services that Microsoft has decided to withdraw from Chromium and thus have no place in Edge. Most are mostly Google services and it does not make sense to be present in a Microsoft browser.

The Google services that Microsoft took from Chromium

The company presented the list of these services and revealed that most are unnecessary for this browser. We no longer rely on elements like ad blocking, Google Now, Google Cloud Messaging, Translation, and Cloud Print.

The total list can be seen in the image below. You can book services such as the Chrome extension store itself. This ceases to be necessary, since Microsoft has its own store. 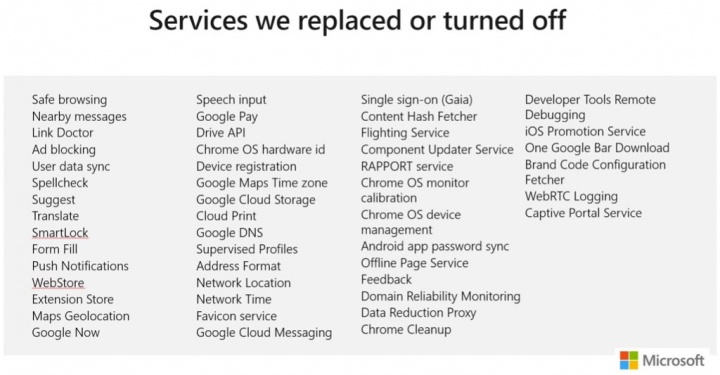 Interestingly, everyone who has experienced the new Edge reports that it performs better than Chrome. Also at the level of resource consumption this seems to be more restrained. In the end, it seems to be the removal of these Google extras that are the cause of this improvement.

The 32bit version of Edge is on the way

In addition to these improvements, Microsoft also made it known that it is preparing new versions of Edge for other operating systems. The ARM version will soon be a reality and others will follow.

In particular, the most anticipated version is 32-bit. When questioned about this arrival of this version, Microsoft responded promptly that it is being prepared. There is still a definite date, but it should be coming soon.

Yes – this is TEMPORARILY true. The very-first build we're releasing is for Windows 10 64-bit systems only. But do not worry, this is not forever.

Microsoft also revealed that "creating the Edge on Chromium was a relatively smooth process." He made hundreds of changes to Chromium to produce his version, with more than 300 merges so far.

It is also clear that the software giant is still in the early stages of Edge's developments with Chromium technology.

Microsoft will now certainly develop the remaining versions of its browser, pointing to versions for Windows 8, Windows 7 and even for MacOS.