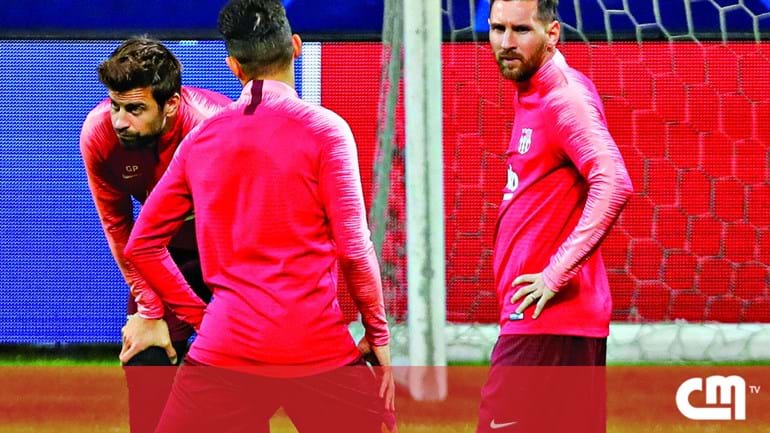 Lionel Messi, 31, has recovered from the injury (broken arm) and is available for Barcelona's trip to Milan to face Inter in the Champions League Group B matchday four.

The Argentine striker suffered a fracture in the game with Sevilla on 20 October and has trained without any limitations, although there is still a week and a half to the end of the recommended term for recovery.

In case of victory in today's meeting, the Catalans guaranteed the start to the round of 16. In the other group game, Tottenham host PSV with both teams with just one point.

Already in Group A, Atletico Madrid host Borussia Dortmund and if the Germans win also they stamped the passage to the next phase. In the other match, Monaco, who continues to have a bad time, despite the arrival of new coach Thierry Henry who replaced Leonardo Jardim, plays at home with Club Brugge.

In one of the more balanced sides of the competition, both Napoli and Paris Saint-Germain are now level at San Paolo with the Italians taking the advantage of a point over the French in Group C.

Livepool leads the leaderboard, but also one point ahead of the Neapolitans. Jürgen Klopp's team travels to Belgrade to face the Red Star.

Real more millionaire
Real Madrid has renewed its advertising contract with Adidas, worth 1100 million euros, valid for ten years (from 2020 to 2030). Florentino Pérez places the meringues at the top of the ranking of sports brand sponsorships.

The meringues jersey will be the most expensive in the world of football, reinforcing the whites the status of one of the richest clubs in the world.

Despite the sports crisis, which led to the dismissal of Julen Lopetegui as coach, the Real remains at the top of the economic level. Two weeks ago, results for the 2017/18 financial year were approved in GA.