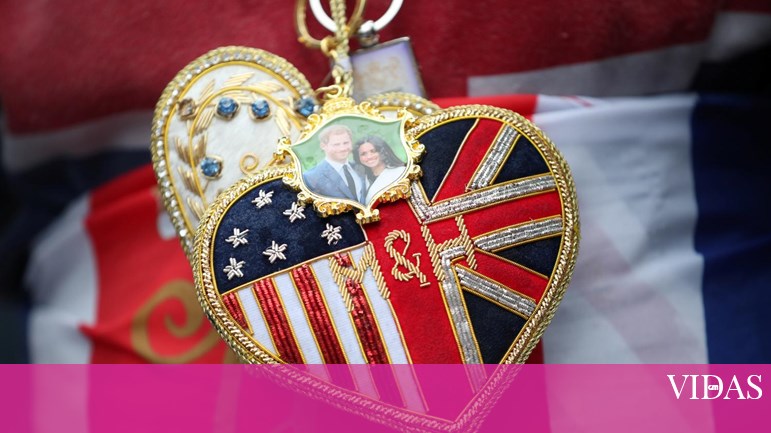 The wait is over! A week after the scheduled time and with the world glued to the screens awaiting news of the new royal baby, Prince Harry announced, directly from Windsor, who was the father for the first time this Monday morning, a boy .

The baby, whose name has not yet been revealed, was born at 5:26 am, at 3,300 kg, with Meghan Markle breaking traditions and giving birth as she had always dreamed of: in the comfort of her home in Frogmore, where a mini hospital was set up .

At her side was her mother, Doria Ragland, and of course her husband, who did not hide the emotion when it came to telling journalists about the moment they are living. "It was an incredible experience. I'm so proud of my wife and the baby is beautiful to die for and looks great, just like the mother," said the prince, adding that the two are still thinking about the name they will give their son.

The couple waited until the moment of the birth to know the sex of the baby, who is the seventh in the line of succession to the British throne and received the title of Count of Dumbarton.

At the close of this issue, fans were still waiting to see the baby's face, which, according to his father, had been expected to take place on Wednesday, after both mother and son had time to recover.

It is true that the United Kingdom celebrates with great euphoria the arrival of the baby and the streets of London were filled with Britons, dressed in rigor, to open bottles of champagne to celebrate the moment.

Also in social networks the news of the birth became viral, with several famous and anonymous to leave messages to the couple. But the most special came from Kensington Palace, with the Queen of England reveling in the arrival of the new great-grandson, who tenderly filled the British royal house.

In London, and a bit throughout the United Kingdom, the birth of the baby was lived with great intensity, with subjects taking to the streets dresses to celebrate.

It was love at first sight
Presented by a mutual friend, Meghan and Harry say they felt love at first sight, and shortly after they met, they embarked on a honeymoon: they went camping for Botswana which, according to the prince, marked the relationship forever.

Less than two years later, on May 19, they married in a ceremony full of symbolism and broke convention in British royalty.

Seventh in the line of succession
The son of Meghan and Harry will hardly become king of England. When Queen Elizabeth II leaves the throne, it will be Prince Charles to succeed him.

Next is William, secondly, and then his sons: George, Carlota, and Louis. Then, in sixth place, comes Prince Harry and only then the new real baby.

It is recalled that William and Kate have been talking about being away from Harry since he married the actress of the series 'Suits'. The British press reports a rift between her in-laws.