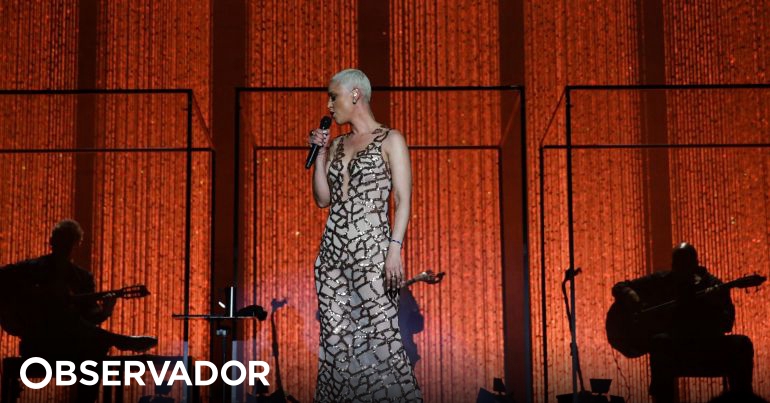 The Portuguese fado singer Mariza is the winner of the Portuguese-Spanish Art and Culture Award 2018 for "her work in favor of fostering relations between Portugal and Spain," the Portuguese Ministry of Culture announced Monday.

The award, awarded by the governments of Portugal and Spain, worth 75 thousand euros, recognizes the work of a creator in the field of art and culture, which fosters cultural communication and cooperation between the two countries.

The jury, stated in the statement, considered that Mariza's work "in favor of fostering relations between Portugal and Spain is visible in his participation in the film 'Fados', by the Spanish director Carlos Saura, in the numerous concerts that since 2008 , he gives in several places in Spain, as well as in the duos he plays with renowned singers like Miguel Poveda, Tito Paris, Concha Buika or Sergio Dalma, a successful fusion of rhythms that contribute to breaking down borders and bringing audiences closer together.

This year, the jury was composed of the Portuguese João Fernandes (deputy director of the National Museum of Reina Sofía Art), Pedro Serra (professor of the Modern Philology Department of the University of Salamanca) and João Luís Carrilho da Graça (architect) Spanish Ana Santos (Director of the National Library of Spain), Juan Cruz (journalist and writer) and Adriana Moscoso (Director General of Cultural and Cooperation Industries of Spain).

The biennial Luso-Spanish Art and Culture Prize was created in 2006 by the Portuguese and Spanish Governments to recognize the work of an author or entity that "has contributed significantly to the strengthening of ties between the two States and to a greater reciprocal knowledge of creation or of thought ".

Marisa dos Reis Nunes (Mariza) was born in Maputo in 1973.

In 2001, he released the debut album, "Fado em Mim", in which he recorded songs by Tiago Machado and Jorge Fernando, and rescued from the fado repertoire "Loucura", "Maria Lisboa" and "Festa na Mouraria" among others.

In May he edited "Mariza", with songs composed by, among others, Jorge Fernando, Mário Pacheco, Matias Damásio and Carolina Deslandes, and is nominated this year for the Latin Grammy Awards in the category of Best Portuguese Language Roots Album.

Last November, she was named Master of Mediterranean Music by Berklee University in Boston, USA.

Currently, Mariza is making a European tour, which began in September in Poland.