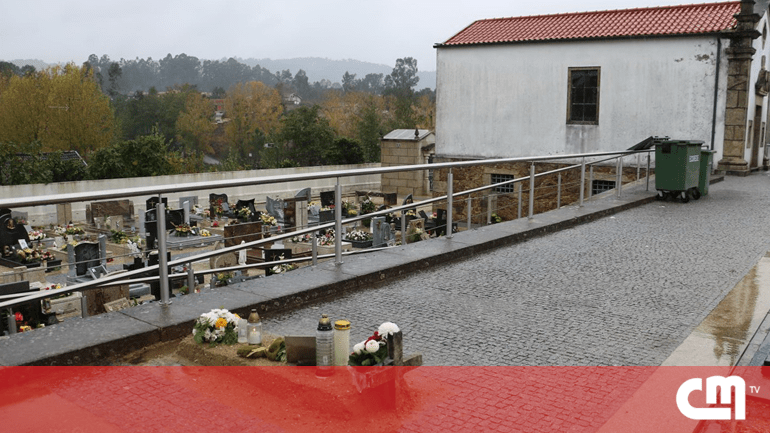 The Municipal Cemetery of Vila Verde reached the maximum capacity and last week the last campaign ended up even being placed on a paved walk in the interior of the space, near the other camps.

The problem has been known since April and the municipality is in negotiations with the owners of the adjacent land so as to be able to carry out works on the site.

"To this camp, we give the same dignity that we give to the others. That is why we will reconfigure the tour, which will have a row of graves," he told CM Patrício Araújo, councilman of the Vila Verde Chamber, admitting that the cemetery is crowded.

This situation is provisional and, until definitive solution, these fields will have the same dignity as the others. Now, let's maximize the space and thus give the necessary response to the population, "said the councilman.

The cemetery is situated at the entrance of the village and has already reached maximum capacity for several months. The population is apprehensive, but has reacted serenely to this problem.

The works to extend the cemetery are urgent, however, there are still no dates for the start of these requalification works. "The enlargement works will be carried out as soon as the negotiations with the landowners that are next to the cemetery are concluded," explained Patricio Araújo.