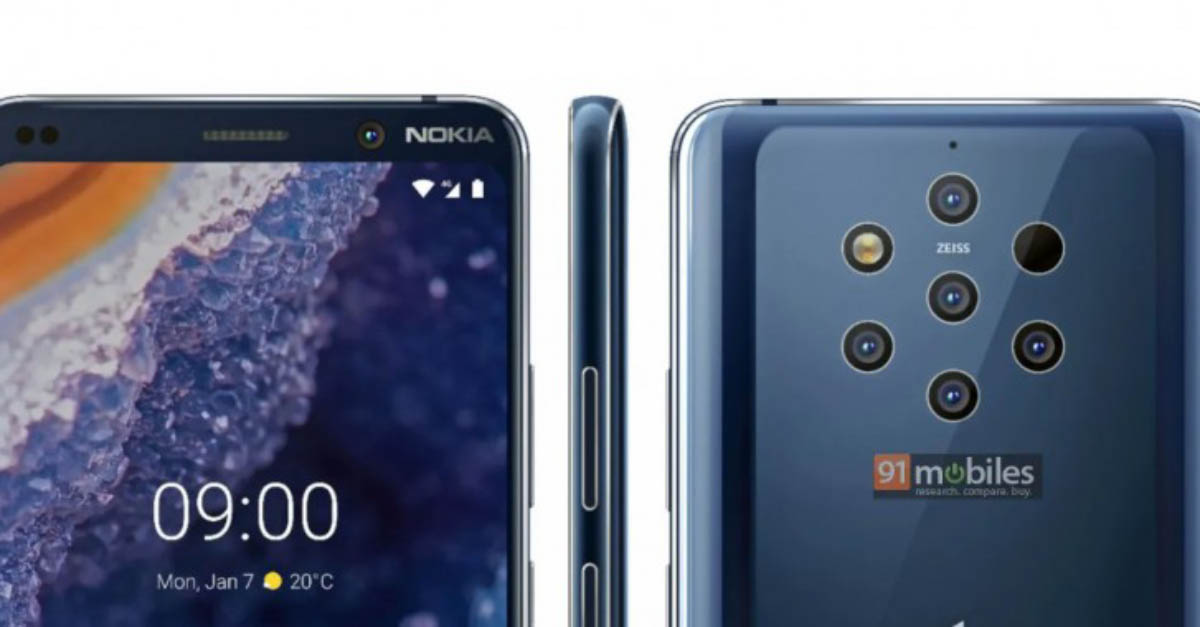 We are about to know one of HMD Global's next bets for the Android mobile market. It's called Nokia 9 PureView and may be the most peculiar smartphone of the Finnish technology to date. Now, thanks to yet another information leak, we have a new glimpse of the captivating Nokia.

Are your five rear cameras an exaggeration? Well, let's take a closer look.

This is believed to be the next high-end Android smartphone from the brand that once dominated the market mobile may be submitted very soon. More specifically, during the congress MWC 2019, the Mobile World Congress. A fair that will make Barcelona the capital not only of Catalonia but also of the world of technology.

When does the Nokia 9 PureView smartphone arrive?

There, we will get to know a whole new generation of mobile devices of this brand. Incidentally, we have already seen the invitation from Nokia itself. With the new 5G standard to be one of the vectors of your presentation, it will also be the perfect occasion to get to know your new mobile devices.

Your presentation will represent the culmination of several months, or even years of information leakage and rumors. Now the Finnish company will finally be ready to introduce its next Android smartphone. An authentic top of the range that will arrive to replace the current Nokia 8 Sirocco presented in February 2018.

Now, according to the international press, we have a final and definitive look at this future Android smartphone. Built in glass with rounded and slightly curved corners, the build quality of the Nokia 9 PureView will be one of its assets.

The best look at this Android smartphone

We can see in more detail the general appearance of the device in question. With a careful design, the new Android smartphone will not use any kind of notch or perforated screen. Instead you will opt for a look simpler and more sober. 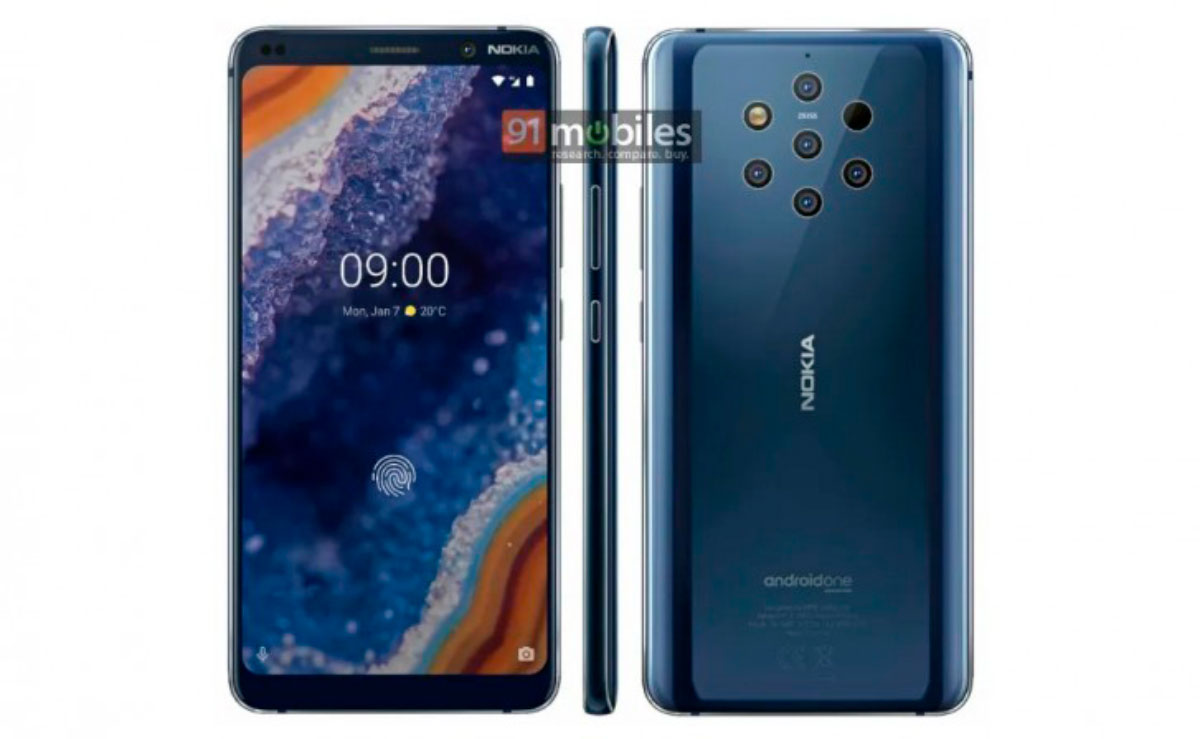 We can point out the presence of fingerprint reader or biometric sensor already embedded in the screen. Next, we also have the presence of several components at their upper edge, without notch interrupt its continuity.

So we have the brightness and proximity sensor in the upper left corner. Then to the center, we have your handset. To the right, we find your 12MP front camera. Finally, on his left side we still have the brand logo in silver letters.

The features of the Nokia 9 PureView smartphone

We then see your 5.99-inch diagonal screen, an AMOLED panel. At the resolution level, we have the standard Quad-HD, therefore, 1440 x 2960 pixels. What's more, you may like to know that this screen will be tall and narrow, following the 18.5: 9 pattern.

However, inside we can find 128 GB of internal storage as well as 6 GB of RAM. In addition, the end user can take advantage of a microSD memory card to expand this value up to 512 GB. However, it shall slot for nano-SIM cards.

Then we have different opinions as to the processor used. On one side we have a first chain that points the Snapdragon 845, a model already surpassed. On the other hand, we have the supporters of the Snapdragon 855, the latest model, which should equip all the major tops of 2019.

Using the latest SoC is the only solution we can applaud. That is, unless the final retail price of the smartphone is extremely competitive, resulting from the use of the previous SoC. Still, if this Nokia 9 PureView wants to claim as a top of the range, you will not be able to spare in this matter.

5 cameras in the back!

On a strictly personal note, I refused to believe this possibility for several months. However, the leakage of information has been extremely coherent on this point, and I have no choice but to contemplate, with some resignation, this hypothesis.

So we have a total of five chambers in its rear. We also have two other circular cutouts, one for the dual-LED flash and the other for the focusing mechanism. Moreover, we know that Nokia will benefit from the collaboration with ZEISS, which will be reflected in the quality of the lenses used.

On the other hand, we do not know what the resolution of each of its five cameras will be. Here we can only appeal to our experience and list a conventional lens, a wide-angle lens, a lens with optical zoom. Without forgetting a monochrome sensor, and finally a camera time-of-flight (TOF).

We would like to stress, however, the need for more information to enable us to substantiate what we have just suggested.

What more can we expect from Nokia 9 PureView?

We already have the Google Android operating system Pie 9.0. This, in turn, will be provided through the Android One program of which HMD Global (and consequently Nokia) is part. In other words, we will have system software updates provided by Google itself for two years, as well as three years of security updates.

However, we also point out the strong likelihood of the Nokia 9 PureView being IP68 certified. Something that will make it virtually immune to water (sweet) for 30 minutes at a maximum depth of 1.5 meters. 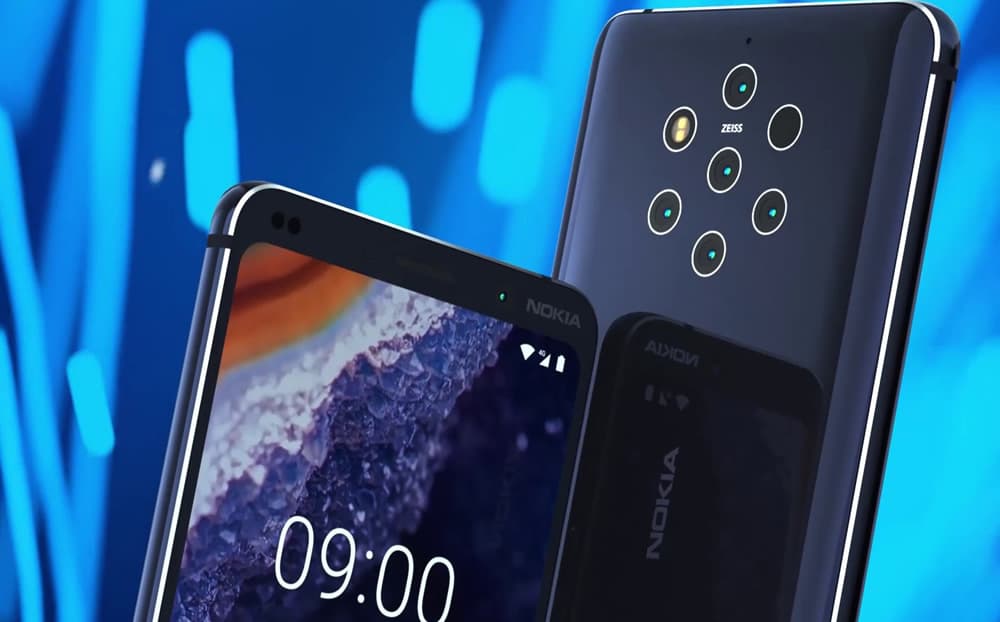 Then we also have a Type C USB port as well as a large battery inside, possibly with 4150 mAh capacity. Here we also highlight the fast charging at 18W and the possibility of also contemplating the wireless or induction charging.

The device began by being faced lightly, after all, who believed in a terminal with five chambers in its rear. However, with the accumulation of leaks of information it becomes already very difficult to refute its existence, although not in the exact molds described above ..

Lastly, we have no reliable indicator as to its retail price. In your opinion, what would be your ideal price?