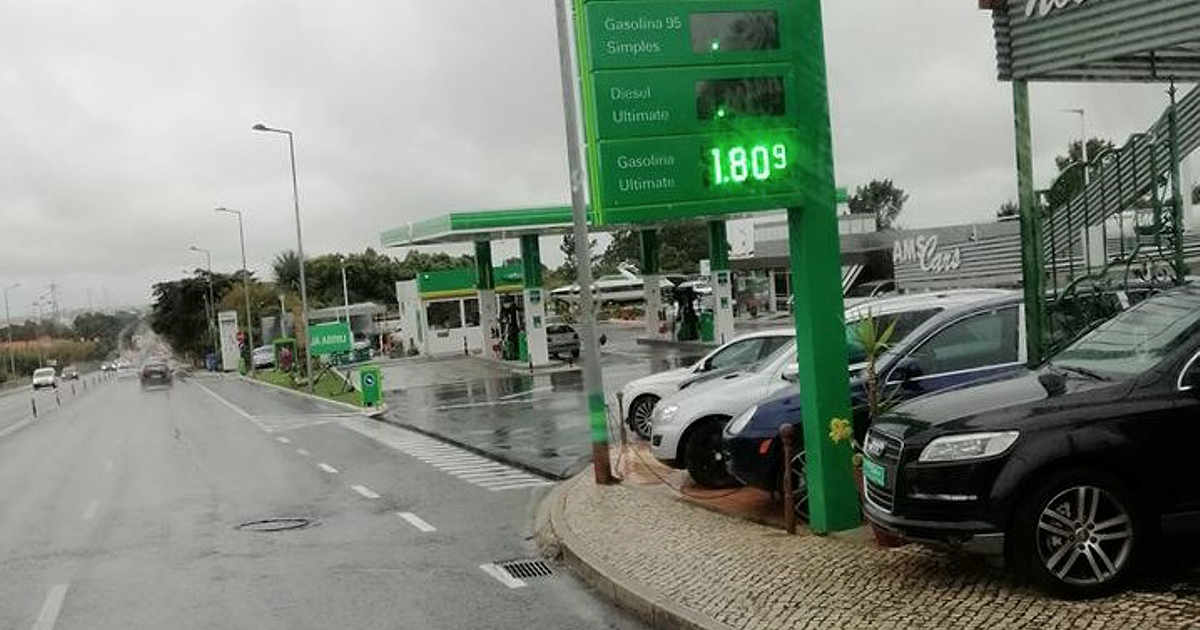 "Price of fuels started to increase due to strike of dangerous goods truck drivers. The usual price at this petrol station is 1.75 euros, so there was a rise of five cents per liter. The price of fuels is increasing at some filling stations due to the strike of dangerous goods drivers. A fuel pump located in Beloura, in Sintra, is selling gasoline at 1.80 euros per liter, "reads the text of said page.

"The scenario of a stagnant country, with no fuels and no certainties about the duration of the dangerous drivers' strike, led the government to declare the state of the 'energy crisis' at the beginning of the night until April 21 , in the middle of the Easter season, and security teams will be reinforced, with escorts, ensuring that the fuel distribution runs smoothly, and alert states that military personnel, firefighters and civil defense agents, qualified to drive heavy vehicles, are called The truck drivers' strike of dangerous goods will continue for an 'indeterminate period' and is to generate panic among the Portuguese"he adds.

This is true information, or this is a effect of betrayal of images?

However, the various media that published the photograph, with the information that was circulating on social networks, ended up correct these news. After all, the fuel pump at Beloura, in Sintra, was selling gasoline at € 1.80 a liter, but it was normal price of an additive fuel.

The image showed 1.80 euros as single price, but it was also the only type of fuel which the station was marketing, at the normal and non-inflated price. The other types of fuel were exhausted, which is why the table only showed that higher price. That is, the information that circulated on social networks throughout the day of yesterday was completely false.

Unlike the mass media that erred and corrected the information promptly, the fact is that the page "Bombeiros24" continues to spread the false information, uncorrected. Like thousands of publications on social networks.