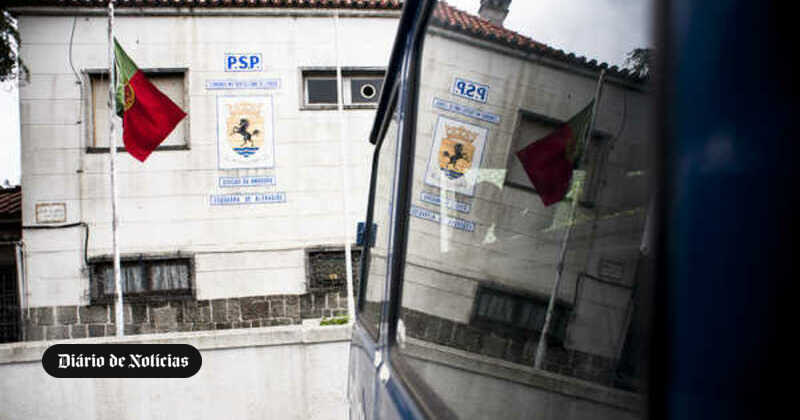 Philip was beaten, naked and forced to do push-ups for the police. There were several, but only one was condemned: Vítor Bárcia who had previously been who was sentenced to pay a fine of 680 euros for having cheated a young man for no apparent reason.

Subscribe to newsletters About Us | and receive the information first hand.

The agent of the fleet of Alfragide is from the date of the facts, in 2015, removed from operational functions and was transferred to another command, where it does secretarial work. The national directorate of the PSP instituted a disciplinary process and, according to official source of this security force told the DN, "after the formal notification of the final sentence", it will be assessed "in internal proceedings the penalty to be applied to the police ".

In practice, if the sentence is maintained after all the remedies exhausted, Vítor Bárcia, "may be expelled from the police or be subject to an aggravated suspension of duties – six months without working or receiving salary."

The sentence read this Friday at the court in Sintra – which will also read the sentence of 16 other police officers of the same squad who were accused of torture and racism for other assaults in the same year – refers to May 2015, when Bárcia and other agents entered a restaurant in Amadora, to make an inspection, by 23:20.

"Layers of burgessos" and "broncos"

One of the policemen shouted to everyone there "everything out there, dammit! One of the clients, Filipe Reis, who was late for dinner after a long day at work, was leaning against a grill outside and Philippe did not like it and complained: "This is an attitude of broncos" and "burgessos," he exclaimed to the police.

Soon he was sent there to be handcuffed and taken to the police station. An agent, Ana Teixeira – also tried in this case, but acquitted – pushed him against the railing and gave him a blow on the back before arresting him with the handcuffs. The court also found it proved that inside the van, the police of this group of "inspected several punches in the head of the offended and, using the boots that they shod, stepped the same in the zone of the head and the face". Philippe "turned his head down to defend himself" and shouted for "help."

At that time, it is described in the judgment of the court, Vítor Bárcia "leaned towards the offended one and surrounded the neck of the same with the arms, tightening it, causing him difficulty in breathing, at the same time that affirmed that it would kill" .

Already in the squad – the old one in Alfragide where the Police Intervention and Inspection Station is installed, the same as the facts of the mega-process of racism – Filipe was soon received with a kick in the belly of Bárcia. He was accompanied to the bathroom by an agent that the investigation of the Public Prosecutor's Office (MP) of Amadora could not identify, ordered to undress "until he was completely naked and do push-ups".

After, several agents "began striking the body" of Philip "with the batons that had hit him in the area of ​​the head, shoulders and leg. Until the lawyer arrived, he sat on a bench, while several agents, including Vítor Bárcia, hit him with "open-handed slaps" when they crossed with him.

Around two in the morning he was "rushed to the hospital" with several bruises, injuries and bruises. The pains "persisted more intensely for two weeks, as well as anxiety and fear of one's own life," and found it "difficult to reconcile sleep for an unprecedented amount of time, as well as feelings of insecurity about approaches and interventions cops".

The judges heard a number of witnesses, including the police officers who had participated in the investigation, and concluded that the agents "together with the insurmountable contradictions of the six testimonies combined with each other and also in the light of the defendants' statements" partially false factual version "of events.

In the sentence, it is underlined that Commissioner Carlos Catana, who was in charge of that police station – and who was also one of the abdicating witnesses of the 16 agents awaiting sentence for the assaults on six young women from Cova da Moura – showed in their court testimony " have no reason to be aware of the facts of the case, merely to pay the defendants as persons and professionals of the PSP. "

Before this trial, Philip had been forced to go to court, accused by the police for three felonies of qualified physical offense and two of aggravated insults. The agents lied in the statements of the news report. He ended up being acquitted of all crimes, except for one of injury, for which he was sanctioned with an admonition.

It was at this point that MP Amadora decided to extract a certificate and make a 180 degree turn in the process, although only managed to accuse Bárcia and Ana Teixeira.

Although he has previously been convicted of assaults, as this sentence has not yet gone unappealable, the court mitigated the sentence for Bárcia for "not having a criminal record." Still considered excessive the request of 40 thousand euros of indemnification required by Filipe Reis, reducing the value to 10 thousand euros.

"The defendant acted in the exercise of his functions as agent of a public security force, together with several other elements of this, with high physical and verbal aggression, in addition clearly devoid of purpose, oblivious of his duties of protection of the citizen and community as police ", is set out in the judgment. Vitor Bárcia "tried to avenge a version of the facts that he knew did not correspond to the truth, denoting inability to internalize the illegality of his action." The fraud with which the defendant acted was direct and therefore of high intensity. "