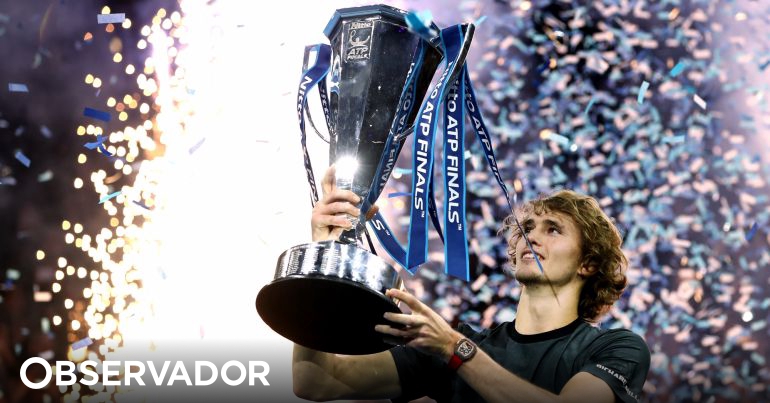 Just 24 hours after beating Roger Federer, Alexander Zverev won the current world number 1 Novak Djokovic and won the ATP Finals 2018, the tournament that brings together the eight best tennis players today. The 21-year-old German beat the Serbian in just two sets, with the 6-4 and 6-3 partial, and achieved that is until now the greatest career title.

The number 5 of the ranking ATP – who has already won three Masters 1000 and reached the quarterfinals of a Grand Slam – signed a first near perfect set, by turning 88% of the services into points. Djokovic was the obvious favorite to win the ATP Finals, not only for the level of tennis he has presented but also for having beaten Zverev in the first round of the tournament, only four days ago. The Serbian failed to recover in the second set the great assertiveness that the young German revealed in the first and was unable to change the course of the match, Zverev's complete game and the enlightened and simple way he decided to face the world number 1 were enough to win the O2 Arena bench in London.

By beating Djokovic in the final this Sunday, Zverev prevented the Serbian from making history: after an unbelievable season, in which he returned to the competition after an injury and managed to climb from 22nd to the leader of the classification, the tennis player could have surpassed Rafa Nadal regarding the number of titles (Serbian and Spanish currently have 32 Masters 1000 in the curriculum).

Already after the end of the match, Zverev explained that he had to "be aggressive but also patient" to be able to win. "At this moment I can not describe anything. It's the biggest trophy I've ever won. " Novak Djokovic broke into praise for his opponent and assured him the German will be "a favorite in every Grand Slams." "You are still very young and you have a fantastic career," said the Serbian.

Alexander Zverev thus became the first German to win the ATP Finals since Boris Becker beat Michael Chang in 1995, the youngest to win the trophy since Djokovic defeated Davydenko in 2008 and joined the tight group of tennis players – alongside Nadal, David Nalbandian and Andy Murray – who beat Roger Federer and Novak Djokovic in the semi-final and final of the same tournament. The young player now has a noteworthy record: if Djokovic beats Federer and Nadal in the face of direct clashes, with Zverev the Serbian is now at a disadvantage with three defeats and two wins.

The future is now.