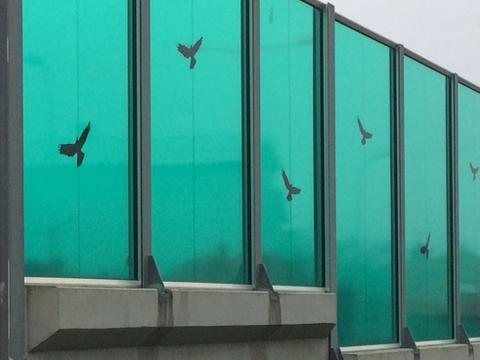 Małgorzata Barska, of Zielona Góra Police, reported that the protest action was peaceful and was previously reported as a form of meeting. "The protest caused a slight slowdown in traffic and ran without incident," Barska said. She added that the residents' cars column had about 20 vehicles.

– Our action was to draw attention to our problem, and it is the noise coming from the road, which significantly affects the living comfort of the apartment blocks in the settlements of Pomerania and Silesia. We expect GDDKiA to take appropriate measures to remedy this – said one of the organizers of Saturday's protest, Sławomir Sajchta.

Residents of the adjacent Pomeranian allotment S3 believe that the new screens installed during the extension of the route to the other road are smaller than the previous facility and were left in the lower landfill.

Requires reconstruction of GDDKiA screens. They point out that now, with traffic on a two-way street, the noise is very annoying. They fear that after delivering the new S3 segment (which this month has – red). And traffic on two two-lane roads, the noise generated by cars on the expressway will be even more costly. In that case, they were monitoring the GDDKiA.

A spokeswoman for GDDKiA's branch in Zielona Góra, Anna Jakubowska, told PAP that the screens used are in line with the design and noise forecasts developed by experts in the field. – According to the procedures, after one year of extended road use, noise measurements will be taken and then it will be known if the standards are exceeded. If this is the case, appropriate action will be taken, "Jakubowska said.

– We hope that GDDKiA will find a solution to deal with this analysis more quickly. In our view, the noise standards have already been exceeded and the system responsible for damping this road must be rebuilt – added Sajchta. He announced that in the absence of reaction of GDDKiA protests similar to Saturday will be repeated.