UKNF statement on the entry of Roman Giertych on Facebook 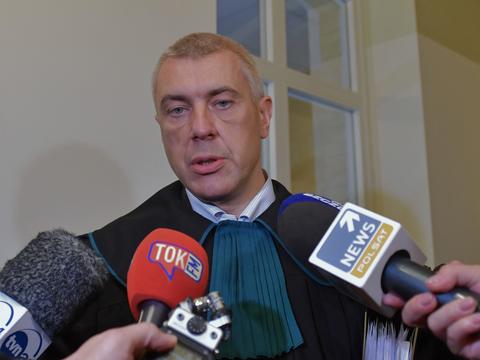 "According to the PFSA Office, Roman Giertych's allegations posted on Facebook on November 17 are unfounded. The current context of the events described by him was distorted, the KNF Office read the actions of the patron Giertych as an attempt to prevent activities of the supervisory authority Questions raised at these meetings are impossible due to the fact that they relate to the supervision activities of the KNF Office and are covered by legal professional secrecy All information and records of conversations recorded by the KNF office with representatives of Getin Noble Bank SA will be forwarded to the Public Prosecutor's Office.

The Office refutes charges on the desire to take over a bank illegally: "The provisions that allow the PFSA to approve a bank in a difficult situation by a strong bank in force were in force in the Banking Act in 1997-2016 and served repeatedly to secure the interest of clients mainly from cooperative banks a bank in a difficult situation and the continuation of customer contracts by a capital-intensive bank, "KNF says.

"The new regulation in practice was only applied to large entities where there is a public interest in conducting a process of forced restructuring. The proposed solutions were reflected in the bill amending the Financial Market Supervision Law and some other acts of 12 June 2018. It was consulted by the Ministry of Finance as part of the legislative process, "the Office notes.

Yesterday, in a statement issued by Roman Giertych, being the plenipotentiary of Leszek Czarnecki, he informs that in the case of the KNF case he made two notifications. The first concerns the "offer of corruption by Marek Chrzanowski" addressed to Czarnecki. The second, as Giertych writes, deals with "the crime of abuse of rights but also indicates the possibility of an organized criminal group whose purpose was to lead to the take of the bank of Leszek Czarnecki."

Giertych also announced that on Monday he will present a recording of Leszek Czarnecki's talk with Marek Chrzanowski to other representatives of the Polish Financial Supervisory Authority, which was registered in July 2018.