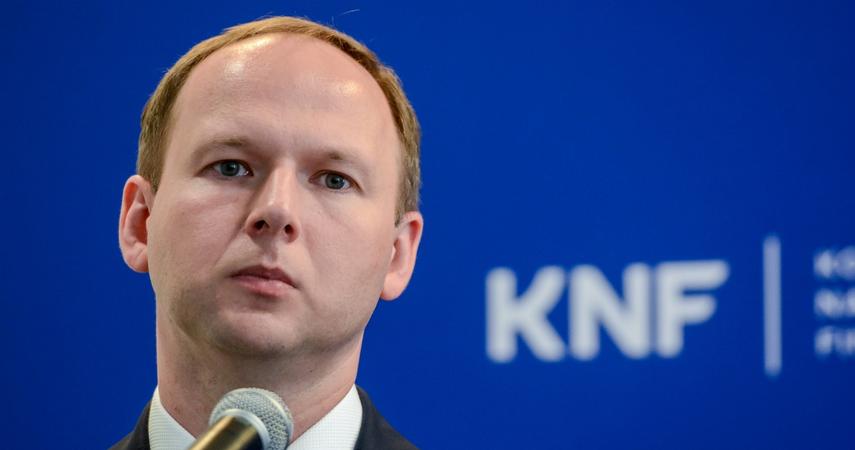 The PFSA Office released the letter from Marek Chrzanowski, which is to explain why there was an urgent need to refer to the legislative amendment to the draft law on the Commission (on amendments to certain acts in connection with the strengthening of financial market supervision). The KNF office sent a letter to the Polish press agency on Sunday.

Former chief of the KNF In October, Marek Chrzanowski wrote to the Finance Ministry that combining banks in the current market and legal situation is the only way to avoid bankruptcy in the cooperative banking sector.

Chrzanowski states in the letter that it is necessary to amend the provisions which would give the PFSA the power to force banks to merge with the consent of the transferee.

Amendment concerning the acquisition of banks

For the KNF project, in the modality proposed by the PiS club at second reading, an article that allows banks to take over other troubled banks. The Act, along with this amendment, was adopted on November 9 and is currently pending consideration by the Senate.

According to the opposition, this article is related to allegations of corruption, which at the address of former KNF chief Marek Chrzanowski was presented by Leszek Czarnecki in connection with his registration and publication by Gazeta Wyborcza in March 2018.

In the letter dated 26 October 2018 provided by the KNF, Chrzanowski writes: "The current legal provisions do not contain a wide range of supervisory measures … which would allow effective preferential measures to counteract the deterioration of the bank's situation." The letter suggests that it is mainly about cooperative banks, should associations' agreements expire soon.

Mr Chrzanowski adds that this problem concerns especially banks with funds below EUR 5 million, "which do not have the possibility of entering into institutional protection systems, which makes it impossible to apply mechanisms to support their liquidity and solvency." He points out that "connecting banks to a stronger bank, regardless of the legal formula, is in the current market situation and the legal environment is practically the only path to sanity and a way to avoid bankruptcy in the cooperative banking sector."

The KNF chief emphasizes that accelerating the initiative and passing regulations this year It will help maintain the stability of the cooperative banking sector.

Deputy Minister of Finance on amending the law

Similarly, the significance of this amendment was explained during the Senate budget meeting and the finance committee on November 16, Deputy Finance Minister Piotr Nowak. It then explained that the provisions analogous to those introduced by the amendment operated in 1997-2016 and were repealed as a result of the implementation of the EU BRR directive. The directive should be universal for all banks.

"It turned out that due to the market situation, especially in the cooperative banking market, it is justified to also restore existing existing provisions, which would complement the existing catalog of restructuring instruments" – Nowak convinced. He added, he added, a limited set of "early intervention instruments before the start of the forced restructuring process".

The Deputy Finance Minister also said that a false narrative appeared on the issue of the amendment, "possibly resulting from misunderstandings." In fact, he added, the provisions contained in the amendment were known for a long time and were consulted. No one also made comments to them.

"Without this provision, it may be necessary to liquidate these entities, so you can simply assume them, which is better for society," emphasized the Deputy Finance Minister. Therefore, the amendment, he added, was transferred to the law on strengthening supervision.

"We can not afford to delay the necessary solutions just because the two lords were in negotiations," Nowak.

The Chairman of the Banking Guarantee Fund, Zdzisław Sokal, who attended the committee meeting (November 16), pointed out that the resolution on the acquisition of banks contained in the Law on strengthening supervision was correct in the case of credit unions. He added that use is recommended, for example, by the World Bank.

"This solution is used in the restructuring process of SKOK and has been very well evaluated in the context of smaller banks," said the BFG president.