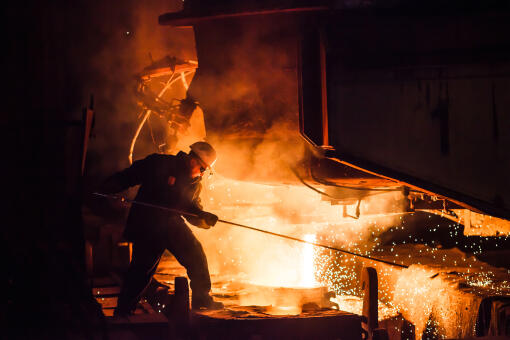 I think we can stop the process of the extinction of the ArcelorMittal steelworks in Krakow, "Deputy Prime Minister Jacek Sasin, head of the Standing Committee of the Council of Ministers, said on Saturday.

In early May, ArcelorMittal Poland announced it was planning to temporarily suspend work on the raw material at the Krakow steel mill. One reason is the price of energy.

– At the Council of Ministers meeting, we approved a bill that will soon be the subject of Sejm's deliberations on support for energy-consuming companies. With budget money, they will receive support for higher energy prices. We want to maintain that competitiveness, we want these companies to operate and operate, "Sasin said.

– Minister (Jadwiga, Minister of Entrepreneurship and Technology) Emilewicz is in contact with these producers, for example, with the Krakow steel mills, because we are talking about this, and I think this process of extinction will be stopped, he added.

In early May, ArcelorMittal announced that it has temporarily reduced steel production in Europe by approximately 3 million tonnes per year. Arcelor wanted to temporarily stop the production of raw materials in Krakow and reduce production in Asturias, Spain. The company explained the decision to slow demand by increasing imports with insufficient protection of the EU market, high energy costs and rising CO2 costs.

ArcelorMittal said that steel production at Krakow's factories (a large kiln and steel mill) will be temporarily suspended. As noted above, the Polish steel market was particularly strong due to the almost quadruple increase in annual imports of Russian steel in 2018 and one of the highest electricity prices in Europe.

ArcelorMittal Poland is Poland's largest steel producer. The company accounts for about 70% of the production potential of the Polish steel industry. It consists of five steel factories – in Krakow, Dąbrowa Górnicza, Sosnowiec, Świętochłowice and Chorzów. The group also includes Zakłady Koksownicze Zdzieszowice, the largest coke producer in Europe.

AMP employs about 12,000 people and with subsidiaries – about 14,000. It belongs to the global concern of ArcelorMittal – the largest steel producer in the world.

Since 2004, when ArcelorMittal started operations in Poland, the company invested in the modernization of its PLN 6 billion facility, half of which went to the Krakow steel mill.

In 2017, the company completed projects in the raw material part of the Krakow smelter with a total value of PLN 200 million. The most important of them was the renovation of the single large oven.