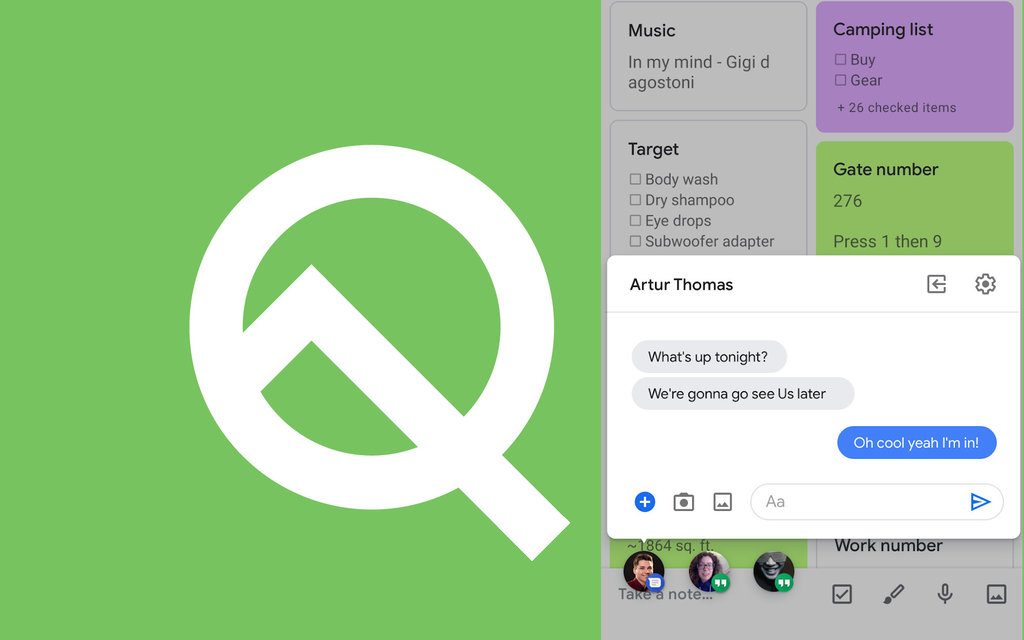 Previous reports have been confirmed. For Android Q, at least in the trial version, there were notifications in the form of "balloons" displayed on any screen. The new solution has great potential.

Anyone who has used messaging chat in Messengeer knows that they are obscenely useful functions. Its action is not always perfect, but underestimating the solution would be a mistake. Google apparently realized the potential of an unusual method of submitting notifications and interacting with them. This is evidenced by the newly introduced feature in the Android Q development software.

update Android Q in Beta 2 goes to the device compatible with the test program, and with it new notification system. From now on, the notification will be based on a balloon system similar to the known Android Messenger solution.

As the function is, better describe the graphics that I included in the input. The ability to conduct conversations at the same time, read emails or other activities carried out on a screen, seems tempting.

To make it really useful, the need for developers to take advantage of their features. I believe developers will not have to be convinced and soon after the release of the stable version of Android Q, we will see new implementations of new notifications. I see a completely different, albeit purely potential, problem.

A few words about fluency

Messenger balloons are bright. Ba, they're very pleasing to the eye, but the magic splashes when we use them on a weaker smartphone. The fluency, often (though not always), turns into beautifully caged animations that may not impede the use of the solution, but discourage it strongly.

Android Q will come up with a new undo gesture – the question is: who will see it?

Before Google and external developers are therefore an important task associated with optimization of new notifications on Android Q. It is possible that Messenger issues do not apply to notification in the new Green Robot installment. However, the verdict is too early. However, I will look closely at the subject.