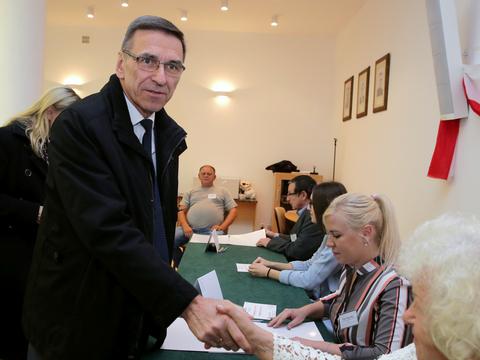 He said that "Olsztyn was considered a really smart person because he proved it in previous elections."

I am convinced that this will happen for the third time, because choosing the future is our common choice. Only the correct view of the development of the city should guide us. I can not imagine it would be any different, "Grzymowicz said.

He assessed that the program of his counter-candidate Czesław Małkowski would not guarantee a good future for Olsztyn.

– First of all, there were many promises, there were many things that are not immediately or not possible. If we summarize what the contractor proposed, he would find that hundreds of millions of zlotys or perhaps several billion zlotys are needed to make the pledges come true, "he added.

On Sunday, the Poles voted in the second round of local government elections. Extra time was held in all places where on October 21 none of the candidates for the mayor, mayor or mayor received more than half of the votes validly cast. In total, there were 649 municipalities or cities. The second round of the election was held, among others in five provincial cities: Gdańsk, Krakow, Kielce, Olsztyn and Szczecin.

We suggest that: Live coverage of the second round of local government elections